4th Round Of Talks Between Centre, Farmers Remain Inconclusive, Next Meet On Dec 5

The next meeting will be held on December 5. Meanwhile, the farmers' agitation will continue as planned. 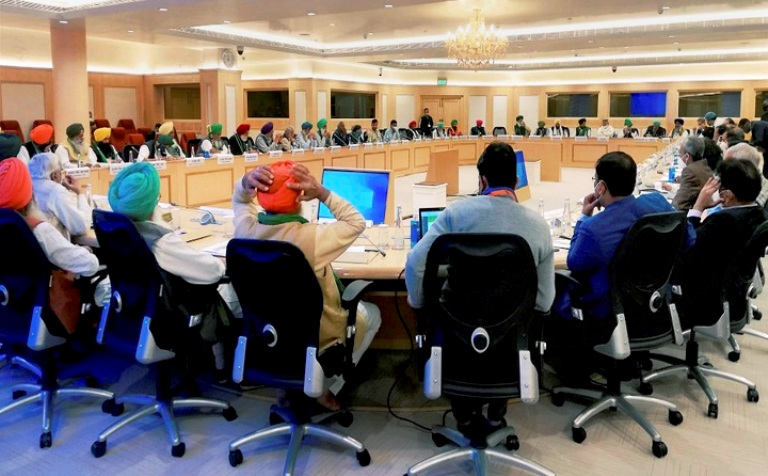 The fourth round of talks which lasted seven hours between the farmers and the Central government failed to end the impasse over the farm laws as the protesting farmers remained firm on their demand for the repeal of new farm laws.

The next meeting will be held on December 5. Meanwhile, the farmers' agitation will continue as planned.

The meeting of farmer leaders with the central government concludes. Next meeting to be held on December 5. pic.twitter.com/QxesakLeHM

During the meeting with the farm leaders, Union Agriculture Minister Narendra Singh Tomar assured that the MSP will not be touched and no changes will be made to it. "The government will consider giving more legal rights to farmers. MSP will continue, we have assured farmers of MSP," Union minister Narendra Tomar said after the meeting. "It would be good if the farmers can call off the protest," he added.