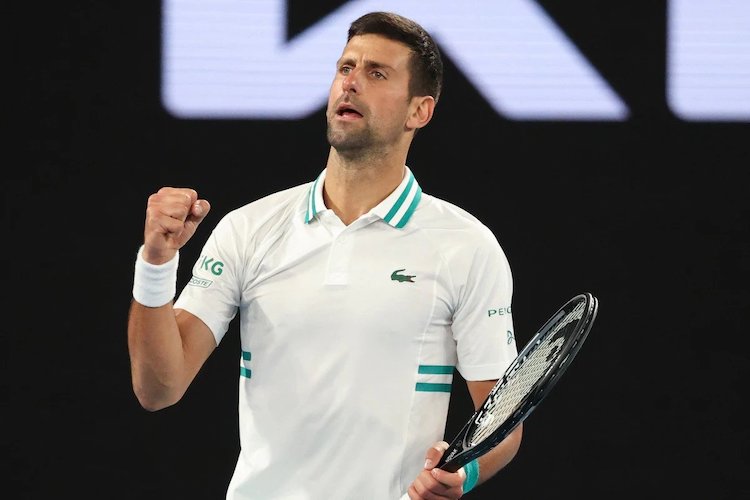 The Australian government has revoked the visa of men’s tennis player and currently world number 1 Novak Djokovic for the second time since he was first detained by border authorities on January 5th. Djokovic has not taken the COVID-19 vaccine which makes him ineligible to travel to Australia which has imposed restrictions in the wake of rapid spread of coronavirus cases in the country. There are a total of 11.31 lakh COVID cases in the country, with 1.28 lakh added yesterday.

The 34-year old Serbian player claimed that he qualified for ‘vaccine exemption’ and even approached the court on his arrival and subsequent detention in Melbourne’s Park Hotel. The Australian Open for which he is in the country will commence from Monday, 17th January.

While the judge reinstated his visa and travel documents, and the tournament announced a final draft including his name, the Australian immigration minister Alex Hawke cancelled his visa. In a statement, the minister said: “Today I exercise my power… to cancel the visa held by Mr. Novak Djokovic on health and good order grounds, on the basis that it was in public interest to do so”.

Minister Hawke exercised his powers under Australia’s Migration Act which allows him to deport individuals who are a risk to “health, safety or good order of the Australian community”. His decision can be appealed by Djokovic.

Novak Djokovic’s initial announcement that he would be travelling to Australia backed by a ‘vaccine exemption’ had caused a controversy with many Australian nationals complaining that this leniency for the star athelete contrasts sharply with the stringent restrictions and lockdowns that had been imposed on them by the government to contain the spread of the virus.