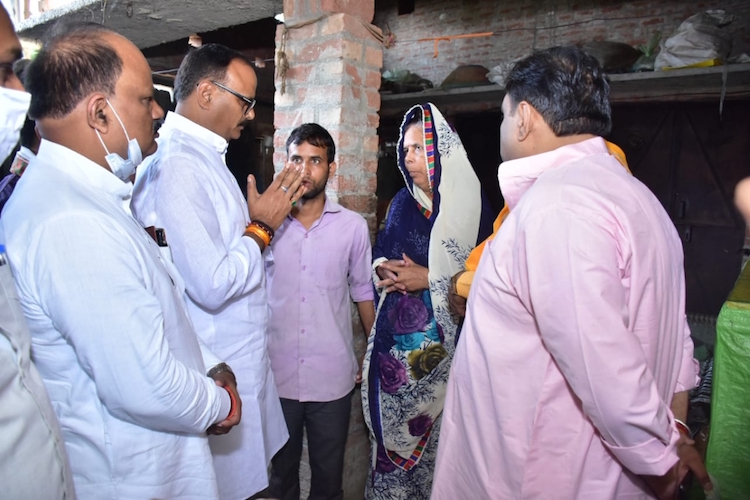 Uttar Pradesh Law Minister Brajesh Thakur went to meet the families of party workers killed in the Lakhimpur Kheri violence on Wednesday. This is the first time that a senior BJP leader has gone to visit the families of the deceased. Pathak is a Cabinet minister in the UP government and a big Brahmin face of the party in the state.

In the incident that occurred on 3rd October, Union Minister Ajay Mishra’s driver Hari Om and party workers Shubham Mishra and Shyam Sundar Nishad lost their lives in the violence that occurred after Mishra’s car ran over farmers returning from a protest.

The families of the deceased cadres have alleged that the police has conducted a partial investigation as yet This created pressure on senior leaders of the party to go and visit the families. The UP Government has constituted an SIT to investigate the case and has also announced a compensation of ₹40-45 lakhs. The prime accused in the case, Ashish Mishra who is the son of Ajay Mishra, has been sent to police custody.