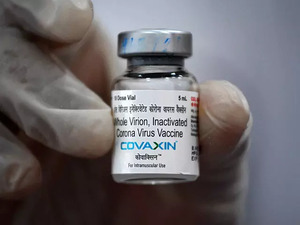 The Drugs Controller General of India (DCGI) granted Bharat Biotech, the developer of Covaxin, permission to conduct trials of its intranasal booster doses against Covid-19 on Friday (BBV154).

The trials will take place at nine different locations across India, according to news agency ANI.

The DCGI letter stated, "The Phase-3 clinical trial should be done as per protocol multi-centre study to compare immunogenicity and safety of BBV154 with Covaxin."

It would be easier to deliver an intranasal vaccine as a booster dose in mass immunisation efforts, and it would have the ability to prevent transmission.

Last month, Bharat Biotech applied to the FDA for permission to undertake phase 3 trials on the nasal vaccination. The decision comes shortly after Covaxin and Covishield, both from the Serum Institute of India, were given market clearance.