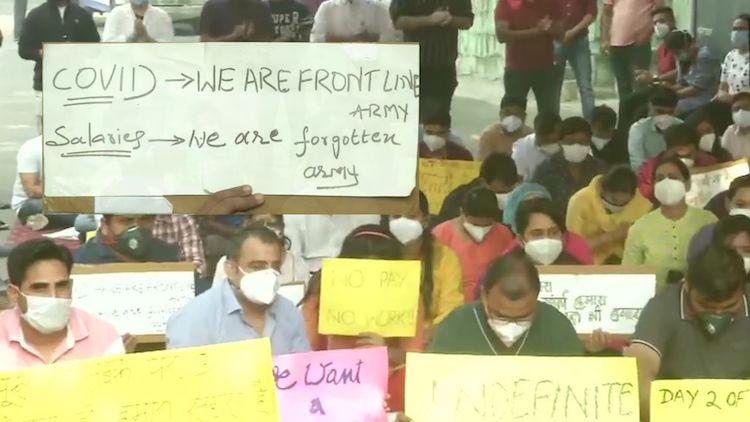 Resident doctors of the Hindu Rao hospital in Delhi have announced to go on an indefinite hunger strike over non-payment of salary. Doctors allege that they have not been paid their salaries for the past few months despite raising the issue multiple times.

One of the doctors sitting on hunger strike said, 'When people were at their homes due to COVID-19, we were fighting here. We have not been given our due respect, we are not demanding anything extra. We just want our salary.'

"When everyone was home due to #COVID19, we were fighting here. We've not been given our due respect, we aren't asking for anything extra. We just want salaries," says a doctor pic.twitter.com/Y4TIeMVUCV

This comes when PM Modi has called health workers "Covid Warriors" and started several schemes for them. But these doctors say they didn't get any help and or even their salary. Not very long ago, on PM's request, citizens banged utensils to praise the healthcare heroes and above few hospitals, flowers were showered to appreciate them.