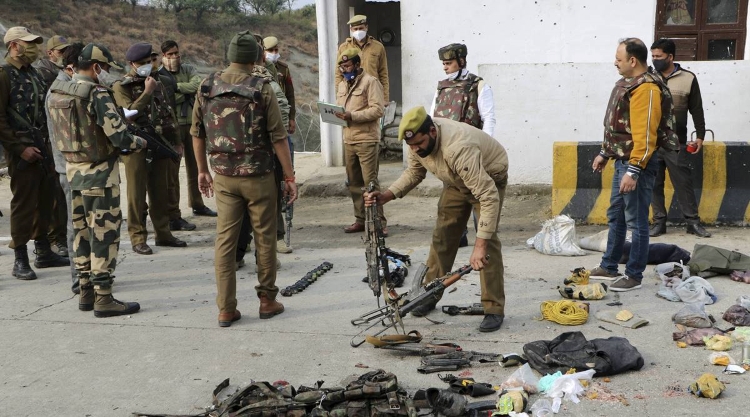 India on Saturday summoned Pakistan's senior-most diplomat and lodged a strong protest over the Jammu attack, two days after four terrorists were killed by a joint team of J&K Police, CRPF, and the Army. Slamming Pakistan directly over the charges of harbouring and supporting terrorism, New Delhi in a statement asked Islamabad to “desist from its policy of supporting terrorists and terror groups operating from its territory.”

“The huge cache of arms, ammunition and explosive material indicate detailed planning for a major attack to destabilise the peace and security in the UT of J&K, in particular, to derail the ongoing democratic exercise of conduct of local DDC elections. The MEA summoned Pakistan Cd’A and a strong protest was lodged at the attempted attack, which was only prevented from happening by the alertness of the Indian security forces,” the Ministry of External Affairs' statement said.

“India reiterated its long-standing demand that Pakistan fulfill its international obligations and bilateral commitments to not allow any territory under its control to be used for terrorism against India in any manner. It was demanded that Pakistan desists from its policy of supporting terrorists and terror groups operating from its territory and dismantle the terror infrastructure operated by terrorist outfits to launch attacks in other countries,” the MEA statement further said. It also asserted that the Indian government was “firmly and resolutely committed” to take all necessary measures to safeguard its national security in the fight against terrorism.

On Nov 19, J&K Police, CRPF, and the Army shot dead four terrorists who opened fire on security forces near Nagrota on the outskirts of Jammu city. Two police personnel were also hurt in the three-hour long encounter near the Ban toll plaza, on the Jammu-Srinagar national highway.