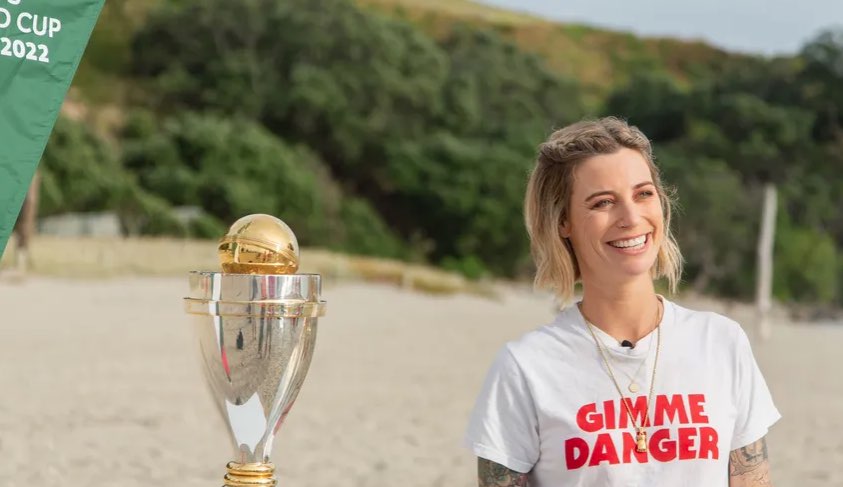 With lyrics about hitting and running hard to become a champion, Gin Wigmore’s female empowerment anthem, 'Girl Gang', could have been written with the intention of helping to promote a global sports tournament.

It wasn’t – but the Kiwi pop star is pretty darn happy with the way things have worked out, with the song being chosen as the promotional track for the ICC Women’s Cricket World Cup 2022.

“When you send a song out to the world you never really know what will happen,” says Wigmore, who when not performing goes by the name Virginia Butler.

“You do certainly have hopes for it. I guess I had thought it would make a great theme song for something. So when the ICC called I was like ‘heck yeah, that is so cool’.

A seminal track from Wigmore’s fourth album, Ivory, Girl Gang was officially announced as the song of the CWC22 at an event at Mt Maunganui Beach – with Wigmore conquering a long-standing terror of heights to skydive down to the beach with the CWC22 trophy.