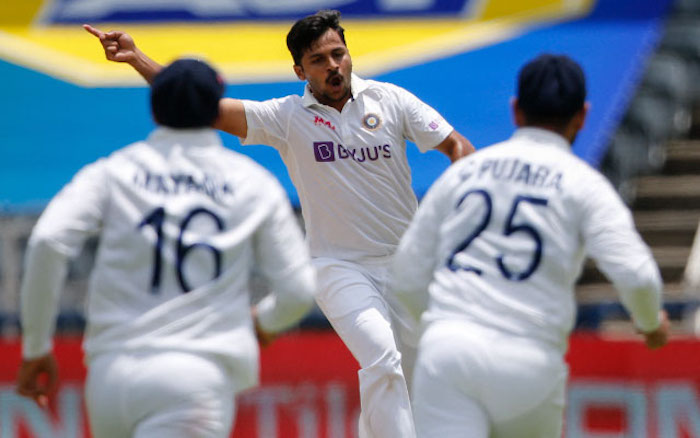 Johannesburg - India were 85/2 at stumps, leading South Africa by 58 runs on Day 2 of the second Test match at The Wanderers Stadium on Tuesday. Cheteshwar Pujara (35 not out) and Ajinkya Rahane (11 not out) were at the crease when play came to an end on Day 2.

Earlier, South Africa were bowled out for 229 in their first innings taking a lead of 27 runs. Petersen and Bavuma scored half centuries for the team. For India, Pacer Shardul Thakur took seven wickets. This is the best bowling figures in an innings by an Indian in Tests against South Africa.

South Africa are bowled out for 229, a lead of 27 runs
.
.#Cricket #SAvIND #IndianCricket #ShardulThakur pic.twitter.com/yvOlHHzQNe