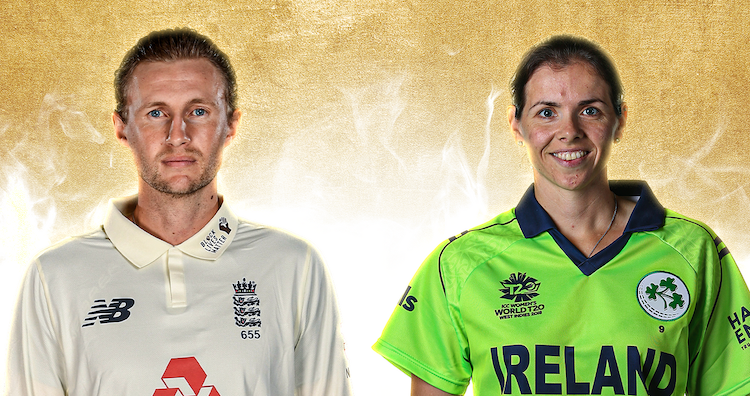 England Test captain Joe Root and Ireland’s Eimear Richardson have been voted as the winners of the ICC Players of the Month for August 2021.

Root had scored more runs in the first three Tests than England's next three highest run-scorers combined and had also been their highest individual scorer in each of their five innings.

During the ICC Women's T20 World Cup Europe Qualifier, Richardson won the Player of the Tournament award for her superb performance with the bat and the ball, starting off against Germany, she returned figures of 2/6, as the Irish cruised home to a comfortable 164-run victory. She then followed it up with figures of 2/24 against Scotland. She continued her sizzling form with the ball in the remaining two matches against France and the Netherlands, returning with figures of 2/0 and 1/22 respectively, helping her team with back-to-back victories. With the bat, her most impactful knock came against Netherlands in their final match, when she scored a 49-ball 53, which helped her side reach a total of 111/9. Ireland eventually won the match by 24 runs, helping them clinch a second-place finish in the tournament. Richardson was among the highest run-scorers in the tournament, finishing fifth on the charts.

Reacting to her award Richardson said: “It was very exciting to be nominated for the ICC Women’s Player of the Month for August and to now be voted as the winner is just so amazing and humbling.”