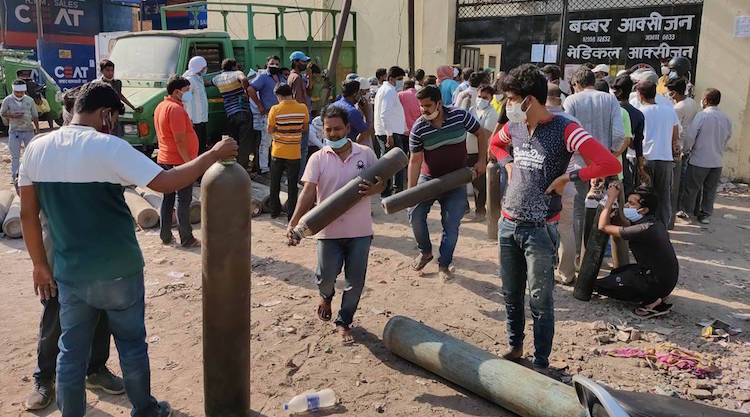 The Centre in the Rajya Sabha yesterday, said that no data was provided by states and union territories on deaths due to lack of oxygen during the second wave of COVID-19 in the country.

This has led to huge backlash from the opposition.

Delhi Health Minister, Satyendar Jain said, “It's completely false to say no one died due to oxygen crisis. Why were the hospitals making desperate appeals everyday at High Court? The centre may soon say there was no pandemic.”

Satyendar Jain added, “In Delhi, we had set up an (audit) committee. If the panel was still there, the data could be provided easily. But the central government, via the Lieutenant Governor, didn't allow it to submit the report.”

Shiv Sena MP, Sanjay Raut said, “I am speechless. For families who've lost their loved ones due to the shortage of medical oxygen - how would they've felt on listening to this. These families should file a case against the government.”