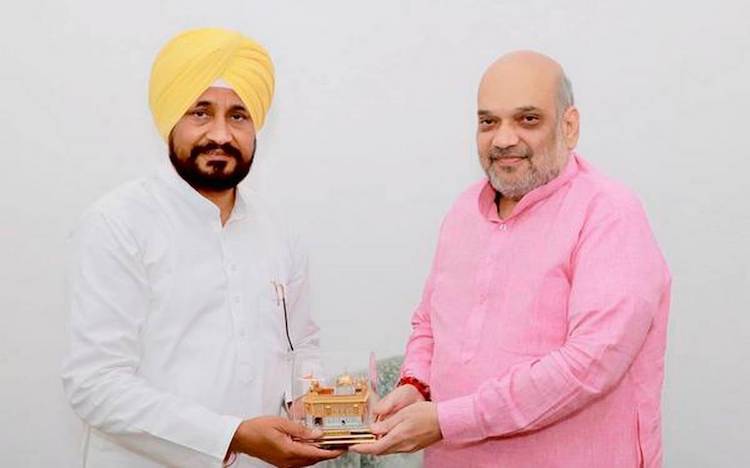 The Centre's move to expand the Border Security Force (BSF) jurisdiction to within 50 km. inside the international border has kicked up a furore in Punjab, with CM Charanjit Singh Chani condemning the decision as a "direct attack on federalism".

Chani met Home Minister Amit Shah over the issue today. He tweeted in response to the outrage that this move has generated in the state: "I strongly condemn the government's unilateral decision to give additional powers to BSF within 50 km belt running along the international borders, which is a direct attack on the federalism. I urge the Union Home Minister Amit Shah to immediately roll back this irrational decision".

Amit Shah's state counterpart, Punjab's Home Minister and Deputy CM Sukhjinder Randhawa said that this move has direct implications for peace and communal harmony in the state as well. "We condemn this decision. It is an infringement on the federal structure and will create an atmosphere of fear in Punjab. People will not tolerate this", and also: "Punjab has never seen communal violence. We urge Prime Minister Narendra Modi not to disturb the peace of the state".

We are proud of our security forces which are meant to secure our borders and protect India from foreign aggressors.Using them to to cover up the failures & to clean up the mess created by leaders & govts is very alarming. It not only denigrates our brave forces but also 1/2