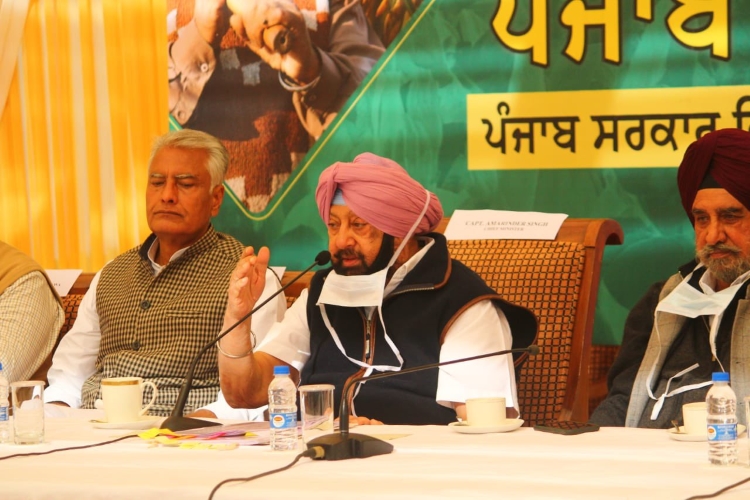 After a month long protest over the Centre's farm laws, Punjab farmers' union on Saturday announced to completely lift their rail blockade from November 23 onward, so that all goods and passenger trains can resume their services. The decision comes following a meeting between farmers’ unions and state Chief Minister Amarinder Singh.

Soon after the announcement, Punjab CM tweeted and said he welcomes the farmers’ decision 'since it will restore normalcy to our (Punjab) economy.'

Had a fruitful meeting with Kisan Unions. Happy to share that starting 23rd Nov night, Kisan Unions have decided to end rail blockades for 15 days. I welcome this step since it will restore normalcy to our economy. I urge Central Govt to resume rail services to Punjab forthwith. pic.twitter.com/shmIZPHFR0

Punjab farmers have strongly opposed the three agriculture laws — The Farmers’ Produce Trade and Commerce (Promotion and Facilitation) Act, 2020, and the Farmers (Empowerment and Protection) Agreement of Price Assurance and Farm Services Act, 2020, and The Essential Commodities (Amendment) Act, 2020 — since they were legislated by the Parliament.

Nearly 2,352 passenger trains have been cancelled or diverted, and railways has lost thousands of crores since farmers began their protest in September.