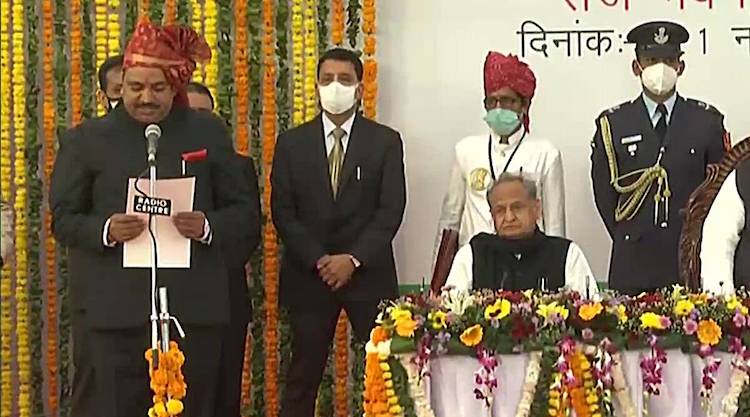 Rajasthan got a reshuffled 15-member Cabinet today, with last year’s ‘rebellion’ by Sachin Pilot transforming into a more cohesive front ahead of the state polls in 2023.

Pilot, a strong leader with substantial weight of his own, had taken a stand against Chief Minister Ashok Gehlot, but he was now quoted by reporters as saying: “there are no factions within the party" and "We all work under the leadership of the Gandhis”.

There were 15 new inductions into the Rajasthan Cabinet¾ 11 cabinet ministers and 4 junior ministers. Three names were dropped from the previous Cabinet: Govind Singh Dotasra, Harish Chaudhary, and Raghu Sharma.

A total of 15 Rajasthan leaders, including 11 cabinet ministers, to take oath as part of the state cabinet reshuffle pic.twitter.com/1crm8Rzfje

Two leaders, Vishvendra Singh (MLA, Deeg-Kumher) and Ramesh Meena (MLA, Sapotra) made a return to the cabinet after being removed for supporting Sachin Pilot last year. Four Dalit ministers have also been given representation in the Cabinet.