Public on: 22-May-2022 Views 608
https://www.gonewsindia.com/latest-headlines/reuters-photojournalist-team-wins-pulitzer-for-documenting-indias-covid-second-wave-14258 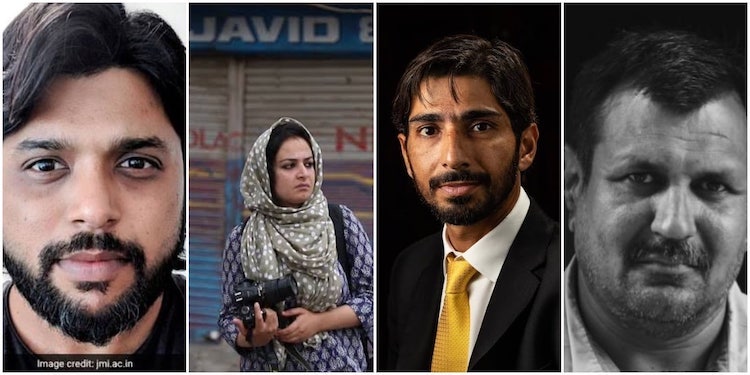 A team of Reuter’s photojournalists have been awarded the prestigious Pulitzer Prize for their documentation of the second wave of the COVID pandemic in India, which has come into renewed focus since the government sparred with the World Health Organization (WHO) over under-reporting of death figures, which the international body says is over 47 million as compared to the official count of 5.24 lakh.

The Pulitzer Prize for feature photography is awarded to Adnan Abidi, Sanna Irshad Mattoo, Amit Dave and the late Danish Siddiqui of Reuters for the coverage of COVID in India https://t.co/ukVBIkTskW pic.twitter.com/A3e7b3RpGh

Adnan Abidi, Sanna Mattoo, Amit Dave, and the late Danish Siddique have received the 2022 Pultizer Prize for feature photography “for images of COVID-19’s toll in India that balanced intimacy and devastation while offering viewers a heightened sense of place”.

The images of mass cremations, distraught relatives and family, exhausted healthcare frontline workers, and others were opposed by a section of media and society for alleged insensitivity, but prponenets argued that this is necessary to fully show the impact of the COVID crisis with its human aspect. Multiple state governments have dragged their feet over compensation to victims, and ther were several reports of hospitals refusing to attribute COVID-19 as a cause of death when the second wave was at its peak.

Adnan Abidi has won the Pulitzer Prize twice before and Danish Siddique once in 2018. The Editor-in-Chief of Reuters, Alessandra Galloni, said that their work “jolted awake” the world to the realities of India’s COVID crisis through their documentation. She stated: “To have Danish’s incredible work honoured in this way is a tribute to the enduring mark he has left on the world of photojournalism”.

Their photographs covered various aspects of the pandemic, from migrant labourers walking home during the nationwide lockdown, two persons sharing a single hospital bed, numerous pictures of families in protective kits preparing to creamate a relative or mourning their loss, long lines for oxygen cylinders, and photographs from shuttered or recently re-opened shops and businesses.

Among other outlets, journalists, and artists that received the Pulitzer include the The New York Times, Washington Post, Ukrainian journalists for their coverage of the Russian invasion, American journalists Corey G Johnson, Rebecca Woolington and Eli Murray, and novelist Joshua Cohen for his book The Netanyahus, based on the life of Benzion Netanyahu, the father of former Israeli Prime Minister Benjamin Netanyahu.