Public on: 22-May-2022 Views 484
https://www.gonewsindia.com/latest-headlines/rupee-falls-to-lifetime-low-of-77-against-usd-amid-fpi-pullout-rising-crude-prices-us-fed-rate-hikes-14256 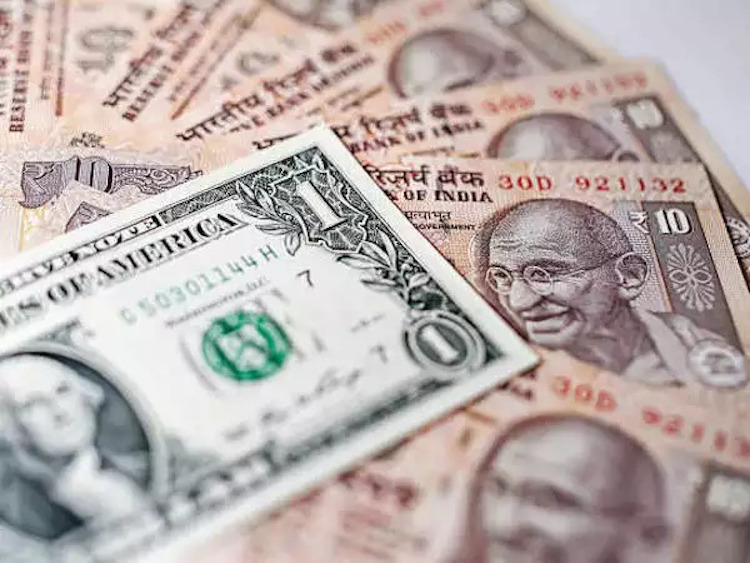 The Indian Rupee (INR) has touched a lifetime low of 77.32 against the US Dollar (USD) on the back of US Fed rate hikes, rising crude oil prices, and the dollar index (USDX), which measures the US dollar’s value against a basket of foreign currencies, reached a 20-year high. The Indian currency lost 41 paise from its previous close today on Monday. The US Fed had hiked rates by 50 basis points (bps) last week.

The RBI moved to protect the 77 level, which meant selling off foreign exchange which stood at $598 billion on the week ending April 29th. The rising inflation across the world due to the ongoing conflict in Ukraine with Russia has led to apprehensions that there will be further rate hikes by global central banks.

The pull out by foreign investors continued in domestic markets as well, with shares with ₹5,517.08 crore worth of shares sold on Friday, and ₹17,144 crore pulled out in April 2022. Foreign Portfolio Investors (FPIs) have pulled out ₹6,723.59 until May 6th, as per stock market data, and have withdrawn over ₹1.3 lakh crore from markets since the beginning of the year. Higher US interest rates make foeign investors’ assets in an emerging market like India less attractive.

The rising costs of crude oil and widening trade deficit are also contributing to the fall in the value of rupee, as crude oil forms a bulk of India’s import bill. The country’s trade deficit stands at $20.07 billion in April, whereas it was $18.51 billion in March and $15.29 in April 2021. Brent crude futures are trading at $112.55.

The fall in the value of the rupee is expected to increase inflationary pressure in the domestic economy since imported items will get more expensive. Imported commodities like oil and raw materials/components are set to get costlier which will drive up prices of everything from edible oils, to automobiles, appliances, etc. Inflation is expected to prompt the RBI to increase its repo rate, which was recently hiked by 40 bps. This will in turn make loans more expensive and increase the EMI burden on borrowers.