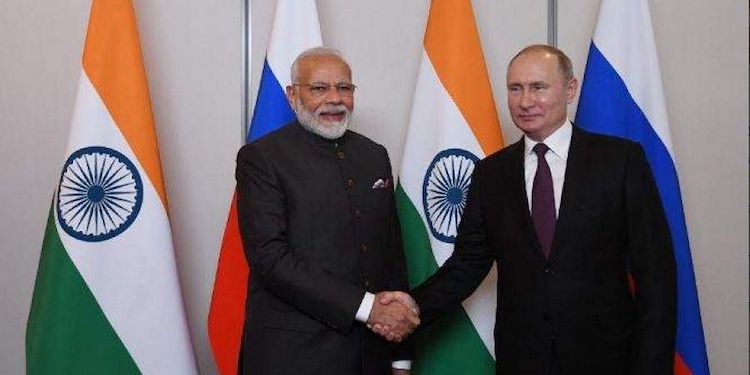 Russian President Vladimir Putin is on a one-day visit to India in an in-person meeting with Prime Minister Narendra Modi as part of the 21st Annual India-Russia Summit which will be their first since the BRICS Summit in Brazil in 2019. Putin has had said last week that the talks will further “specially privileged” Russia-India relations.

President Putin had said during a Kremlin event on Wednesday that “This partnership brings real mutual benefit to both states. Bilateral trade shows good dynamics; ties are actively developing in the energy sector, innovation, space, and the production of coronavirus vaccines and medicines”.

Agreements for cooperation in defence, energy, trade, space technology, and culture re expected to be signed during this meeting.

A ₹5,100-crore deal to manufacture AK-203 assault rifles in India will be signed which will entail the production of five lakh rifles by an Indian-Russian joint venture, with technology transfer slated after seven years.

It is also being anticipated that the Reciprocal Exchange of Logistics Agreement (RELOS) will be signed between the two countries which will allow access to logistics and facilities between Indian and Russian military bases.

Sanctions On India For S-400 Unlikely

There has been commentary internationally regading the significance of the meeting between Indiana and Russian premiers from the point of view of the United States, an important ally of India.

The Countering America's Adversaries Through Sanctions Act (CAATSA) is a law of the United States passed in 2017 which imposes sanctions on North Korea (DPRK), Iran, and Russia. India is eligible for sanctions under thi s act for procuring defense equipment from Russia.

However, India has made it clear to the US since 2018 that it ould be going ahead with the deal since it predeates the 2017 CAATSA law. The Biden administration has assured India that it is “willing” to grant a presidential waiver for this deal on a one-time basis.