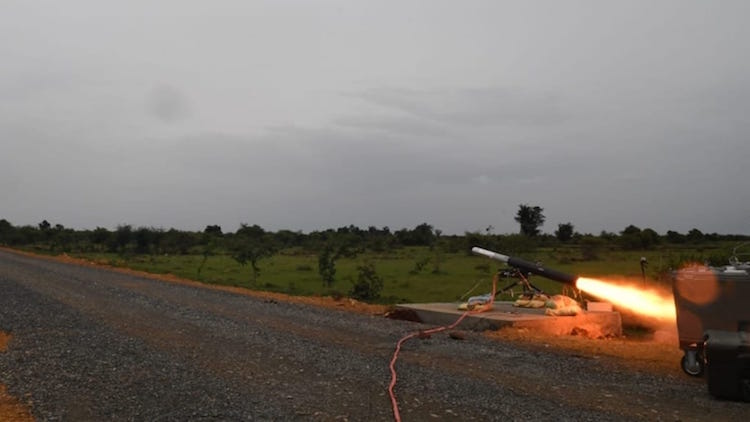 The Defense Research and Development Organization (DRD)) on Wednesday successfully conducted the flight test of an indigenously developed man-portable anti-tank guided missile. This has proved to be a major boost to the Indian Army as well as of the Make In India project.

The DRDO said, “All the mission objectives were met. The missile has already been successfully flight-tested for the maximum range. The missile is incorporated with state-of-the-art miniaturised infrared imaging seeker along with advanced avionics.”

The DRDO also added, “The missile hit the target, a dummy tank, in direct attack mode and destroyed it with precision. The test has validated the minimum range successfully.”