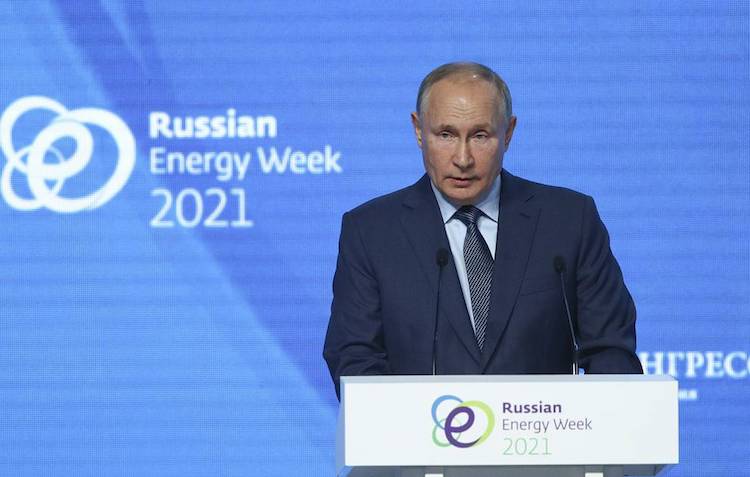 Russian president said to reporters on the side-lines of the plenary session of Russian Energy Week that "I think that the United States is making a very big mistake when it uses the dollar as a sanction instrument” in context of Washington stopping the exchange of sanctioned products in dollars.

"We cannot receive client’s money for delivered products in dollars. Where does it lead? We are simply forced, we have no other choice, we simply have to use other currencies”. The Kremlin has release d the full text of the interview on its website.

Russia has begun reducing the share of the dollar in its reserves. Putin said about other contries: “And they begin to reduce their dollar holdings too and make less use of it as a settlement unit. As a result, even the US’ closest partners and allies bring down the dollar’s share in their reserves. This is a statistical fact”

He also said that Russia is keeping a close eye on the rising U.S. public debt. He remarked: “The United States’ public debt is growing. The Congress has once again decided to raise the debt ceiling. What does it mean? Issue. What is issue? It is growing inflation. And, maybe, for the first time ever, inflation in the United States is growing so rapidly as never before. These are economic causes that this or that way undermine trust to the currency"

In his plenary session speech, he had again taken a stand against the use of “politically motivated” sanctions.