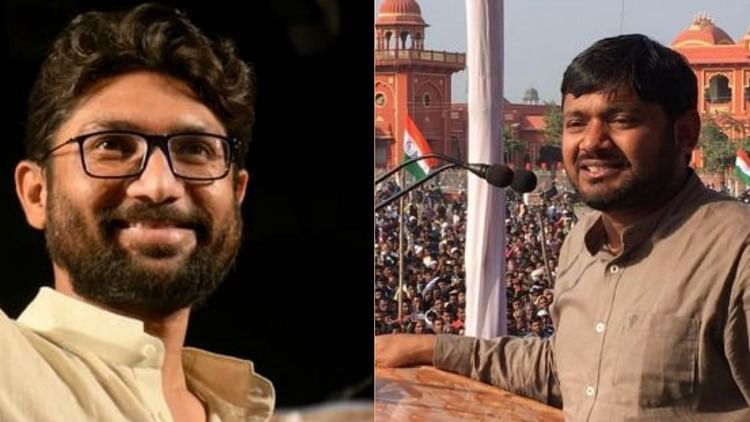 Kanhaiya Kumar, the former JNUSU president and Communist Party of India (CPI) leader, and Jignesh Mevani, the Gujarat MLA from Rashtriya Dalit Adhikar Manch (RDAM) are set to join the Congress as part of tis nationwide anti-BJP mobilization strategy. They will be inducted into the party on September 28th, according to party sources.

According to party sources, "Kanhaiya Kumar will serve as an important young face of the party in Bihar and will also have a national role to play. A week ago, Kumar had met Rahul Gandhi which ignited speculations on whether he would join the Congress.

National Herald, the Congress mouthpiece, has likened the move to Indira Gandhi’s “New Congress” in the 1970s which inducted youth leaders from a “left background”. It said that the decision to join is confirmed, and only the date remains. The inductions are geared towards the upcoming elections of 2022 and 2024.

Jignesh Mevani became the face of the Una uprising in Gujarat in 2015 that was sparked by the beating and humiliation of four Dalits. He contested and won as an independent MLA with Congress support The Congress newspaper  quoted a party leader from Gujarat: ““He is already accepted among Congress leaders and workers. I do not see any problem in accommodating him”.