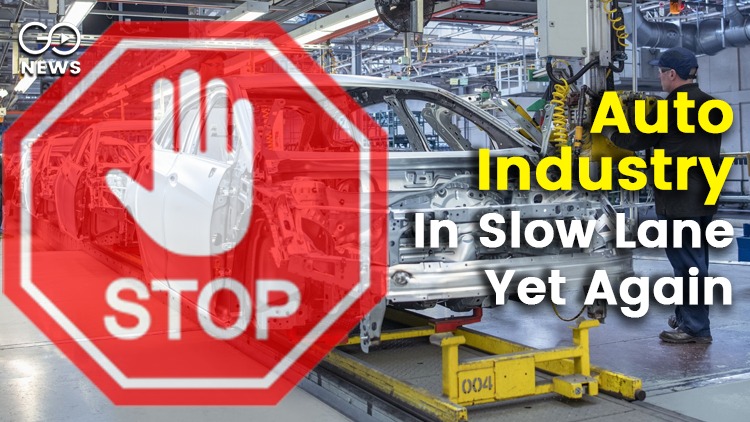 Latest data from companies show that automobile sales are down year-on-year this September for most major auto manufacturers. Auto manufacturers have revealed data that shows that except Tata, all the major players saw a decline in sales. With a 46.16% drop, Maruti Suzuki has seen the greatest fall in sales, selling 86,380 units in September 2021 as against 160,442 in 2020. This is followed by Honda Cars with a drop of 33.67% (6,765 units sold against 10,199 last year), and Hyundai with 23.57%. Only Tata Motors sold more than last year, posting a 26.07% increase of 55,988 units sold this year against 44,410 in September 2020.
Also Read:
Claimants Received 26% Less From Insurers During COVID Pandemic

Auto Industry Facing Speed Breaker The auto sector has been facing a major crunch ever since the first dip in sales was noticed in September 2018. The slowdown in this sector has led to inventory accumulation, slowed or stalled production, adverse effects on dealerships, and loss of employment. The government sought to stimulate the production of Advanced Automotive Technology products by launching a Production Linked Scheme (PLI) for automotive and non-automotive companies on September 23rd. A month before that, Finance Minister Nirmala Sitharaman had announced a list of steps to help the troubled automotive sector of the country. Some of them were to urge banks to make automobile loans easier to avail, mandating that government departments replace old vehicles with new ones, and increasing depreciation on new vehicles for commercial fleets. Society of Indian Auto Manufacturers (SIAM) an other industry heads had all welcomed the measures at that time. Venu Srinivasan, head of TVS Motor Company, was quoted saying: “While there are indications of a global slowdown, this government has demonstrated its resolve to mitigate the impact of that in India through these measures” The high-profile exit of Ford from the Indian market refocused attention on its many problems. The current data showing yearly decrease in sales should be concerning because 2020 was already a year of major downturn for the auto sector, with its challenges compounded by the pandemic. The Federation of Automobile Dealers Association reported in June that there has been a 42% decline in vehicle sales in June. In June 2019, 16,97,166 vehicles were sold, but in June 2020 the sales came down to 9,84,395 units. Commercial vehicles were the most hit, with sales down 83.83%. In June 2019, 64,976 commercial vehicles were sold, which came down to 10,509 in June this year. Only the tractor segment was on track towards a positive annual growth.