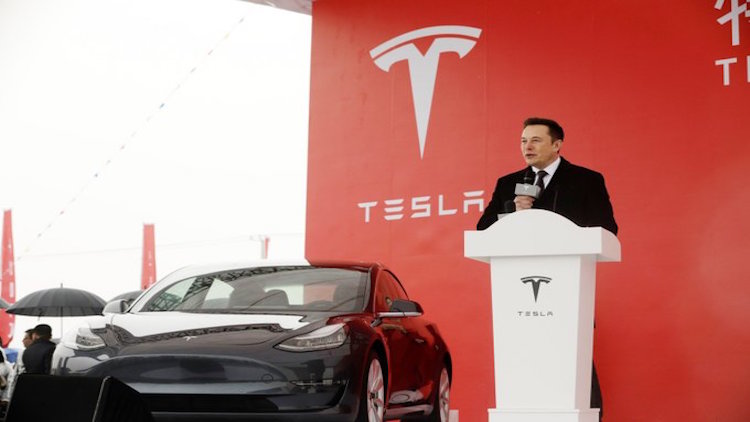 Tesla Inc. CEO Elon Musk has arrived in Shanghai on Tuesday to kick off the first deliveries of its made-in-China cars, a milestone for the company's plans to go global.

Earlier on December 30, a delivery ceremony was held during which 15 Tesla employees received Model 3 electric cars they had purchased. Tuesday marks the first deliveries to the general public.
Also Read:
Hemant Soren Takes Charge In Jharkhand

Marking a record for global automakers in China, Tesla Inc. delivered its first China-built electric cars within a year since it began work at its multi-billion dollar Shanghai plant. The company had said it would ramp up deliveries from January. “Tesla will deliver the first China-made Model 3 at Gigafactory 3 plant in Shanghai TODAY,” the company said in a tweet. “The 15 customers who are slated to get their Model 3s first are Tesla employees.”

Tesla will deliver the first China-made Model 3 at Gigafactory 3 plant in Shanghai TODAY. The 15 customers who are slated to get their Model 3s first are Tesla employees. pic.twitter.com/bOTeR8wjUL

Tesla is churning out more than a thousand Model 3 sedans a week. The China-made Model 3 sedans are priced at $50,000 before subsidies, will compete with local electric car makers such as NIO and Xpeng Motors, as well as global manufacturers including BMW and Mercedes-Benz. Tesla’s move into the country comes as CEO Elon Musk plans to bolster its presence in the world's biggest car market and minimise the impact of the US-China trade war. The trade war has forced other American companies to shift production out of China.