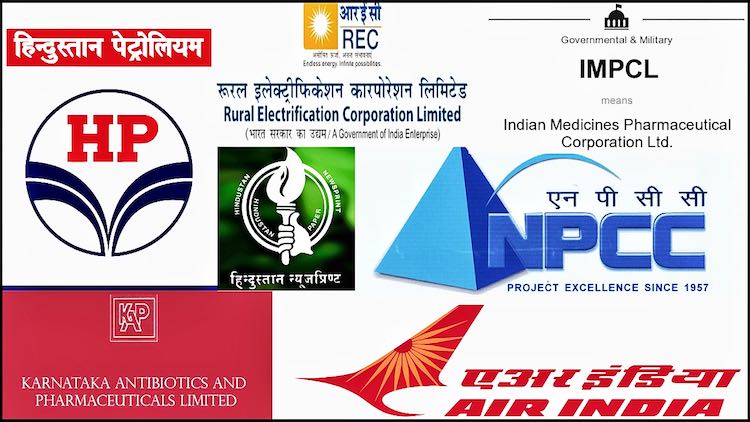 The Central government told the Parliament that it has so far privatised 8 Central Public Sector Enterprises (CPSEs), and the process of strategic disinvestment in 20 companies and their units is underway while 6 companies are on the verge of closure. With the country reeling under the worst economic recession so far and the government’s treasury being emptied, the Centre is fiercely selling stake in PSUs. Union Minister of State for Finance Anurag Thakur has informed in a written reply that the government has disinvested in 8 CPSEs.
Also Read:
‘This Is So Insidious. Can Such Programs Be Tolerated In Free Society?’ SC Puts Stay O

While the cases of selling two more companies Hindustan Newsprint and Karnataka Antibiotics and Pharmaceuticals Ltd are pending in the court. Anurag Thakur said that apart from these, the Union Cabinet has approved the sale of stake in 20 companies and their units, and the process of disinvestment is underway. These include Project & Development India Ltd, Engineering Project (India) Ltd, Bridge & Roof Company India Ltd, Central Electronics Ltd, Bharat Earth Movers Ltd, Air India and its five subsidiaries and a joint venture, HLL Lifecare Ltd, NMDC's Nagarnar Steel Plant and companies like Indian Medicine and Pharmaceutical Corporation Limited. Many trade unions and political parties have been opposing the Centre’s disinvestment move since the beginning. They allege that the government is trying to hide its economic failure by selling the wealth of the nation. He says that by disinvestment the government is putting the future of those working there at risk and at the same time reservation in government jobs is also being targeted.