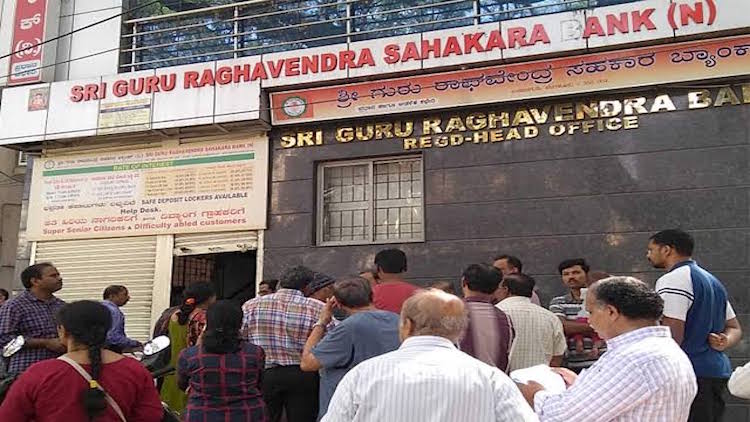 After the Punjab and Maharashtra Co-operative (PMC) Bank, the Reserve Bank of India (RBI) has imposed restrictions on withdrawal of money from the accounts of another co-operative bank.  Given RBI orders, account holders can withdraw only Rs 35,000 from Bengaluru’s Shree Guru Raghavendra Co-operative Bank. This has happened because of the bank offering 62 loans in which an amount of Rs 300 crore is stuck. Also Read: Keeping Out The Cold With A Warm Heart

With this restriction on withdrawing their own money, people are now worried about the safety of their deposits in the bank.  However, bank employees have assured people that their deposits in the bank are safe. Despite this assurance, people are very angry and extremely concerned after the recent PMC Bank scam. In a tweet, Bharatiya Janata Party Member of Parliament from Bengaluru Tejasvi Surya assured all worried depositors of the bank to not panic. He said that Finance Minister Nirmala Sitharaman has been apprised of the matter and she has assured that the government will protect the interests of depositors.

I want to assure all depositors of Sri Guru Raghavendra Co-operative Bank to not panic.

Hon’ble Finance Minister Smt. @nsitharaman is appraised of matter & is personally monitoring the issue. She has assured Govt will protect interests of depositors. Grateful for her concern. pic.twitter.com/pmoAcUFAu7

Most of the customers of this bank are elderly, who were seen queuing up to get information about their accounts after the news of RBI restrictions on the bank came in. People are saying that they had deposited their entire savings in the bank and were using the interest accrued on that amount towards their household expenditure.
TAGS Bengaluru Shree Guru Raghavendra Co-Operative Bank Withdrawal Limit Cash Withdrawal restrictions RBI PMC bank customers PMC Bank Crisis PMC Bank