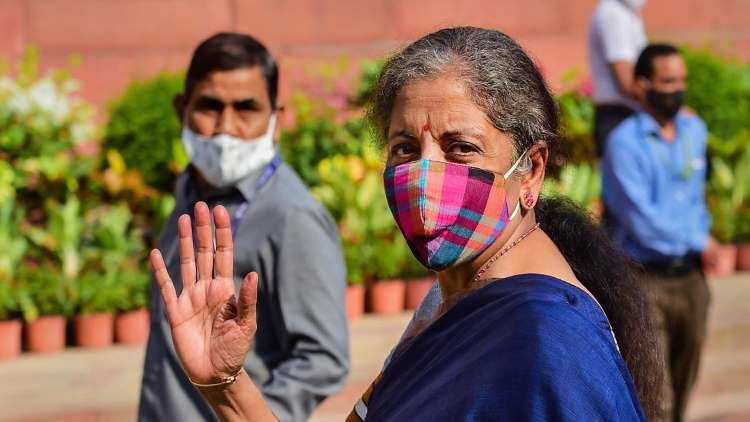 According to data released by the National Statistics Office (NSO), India's GDP has shrunk by 7.5% in the second quarter of July-September. Note the data is for the period when the lockdown in the country was over and the government was running 'self-reliant India' and all other new schemes to revive the COVID-19 hit economy. But the latest data shows that the Central Government's expenditure declined during the July-September quarter, implying that the benefit of the Rs 20 lakh crore stimulus package, announced in May, did not reach people and the government has failed to put more money into the economy.
Also Read:
Farmers’ Protest: All Parties, Including Congress, Unite In Support Of Farmers, BJP Isol

In the first quarter of the current fiscal, the government spent Rs 7,26,278 crore, while in the second quarter of July-September, this figure was reduced to Rs 5,61,812 crore, per NSO data. To compare it with the July-September quarter of last fiscal, then it shows that the government has spent less than the previous year. This figure was Rs 6,85,212 crore last year. According to economists, the government should spend more during this time so that the consumers' purchasing power increases, a must for turning the wheel of the economy. But the problem of the government is that its coffers are empty. In October alone, the projected fiscal deficit touched 120% of the budget estimate. In the Union Budget 2020-21, the estimated fiscal deficit target was Rs 7.96 lakh crore, which widened further to Rs 9.53 lakh crore in just seven months. Similarly, the government is constantly lagging behind in the GST collection. For the first time since February, the GST collection crossed Rs 1 lakh crore in October, as the GST collection has been lower than the target every month. Now the biggest challenge before the government is to arrange money for the expenditure and welfare schemes even as it falls behind on the fiscal deficit and tax recovery front?