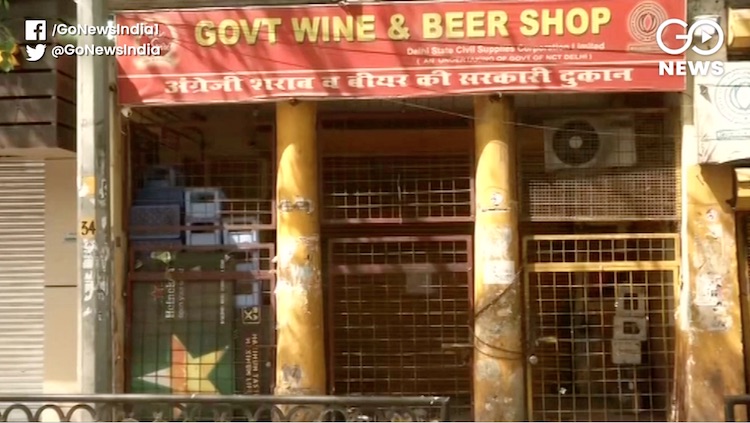 The Home Ministry on Thursday turned down the Punjab CM Capt Amarinder Singh's request for the opening of liquor stores in the state during the lockdown. On April 15, the MHA in its COVID-19 revised guidelines said there should be a strict ban on the sale of liquor, gutka, tobacco during the lockdown. Bars were also ordered to be shut. The chief minister on Friday lamented that the state was not getting its share from the Centre, leading to state’s revenue losses to the tune of Rs 6,200 crore. “The Centre has to compensate,” he stressed. Singh added he would raise these concerns during Monday''s video conference with Prime Minister Narendra Modi. Also Read: GoHeadlines - Top News Of The Hour

Why do States want alcohol sale during lockdown? In Kerala, the government tried to extend permission for alcohol sales with doctors' prescriptions but after a social media uproar, they balked at the proposal. The 265 shops which tried to sell alcohol under such a rule were soon shut down as rowdy behaviour upended social distancing norms being ordered. West Bengal and Chhattisgarh also tried to make moves to open alcohol shops but had to retreat.  These states are not particularly partisan towards those who like their tipple, but a look at the state economies shows that the Chief Ministers are scared of losing crucial revenue at a time when they need every paisa they can get in taxes. They are losing Rs 700 crore a day, going by industry estimates. Alcohol is the second-largest revenue generator for the states second only to petroleum products. Currently, alcohol and petroleum are still out of the GST ambit so the states get to pocket the taxes on these two products. For a majority of the states, however, the sales tax on petroleum forms about 15-20 per cent of their own tax revenue, while excise duty on alcohol accounts for around 10-15 per cent. But if you look at the Reserve Bank of India report of States Finances prepared before the 2020 Union Budget, it shows that the states are increasing taxes on alcohol to shore up funds. From 2017-18 to 2018-19 many states have increased alcohol taxes to meet revenue demands. In 2017-18, 35% of states made 5-10% of their revenues through alcohol tax but within a year 31% of states were earning 10-15% of their total revenue through alcohol. Moreover, 27% states were earning between 15-20% of their total revenue through alcohol sales. This explains the slew of licenses granted to run ‘Wine and Beer’ stores now found at every corner in our towns and cities. The worst-hit states during the coronavirus lockdown are not difficult to find. A Statista study done in 2016 shows that Tamil Nadu, Haryana, Maharashtra, Karnataka and Uttar Pradesh were the top 5 states in terms of alcohol revenues in total. However, Kerala, West Bengal, Punjab and Delhi are some of the states highly dependent on alcohol revenues as they have no other big ticket taxable options.
TAGS Home Ministry COVID-19 COVID-19 lockdown guidelines Kerala Excise Duty Wine & Beer wine shop alcohol revenue liquor Punjab Government coronavirus lockdown coronavirus pandemic coronavirus Centre