Top 10 Small Stocks Which Broke Away From The Gloom 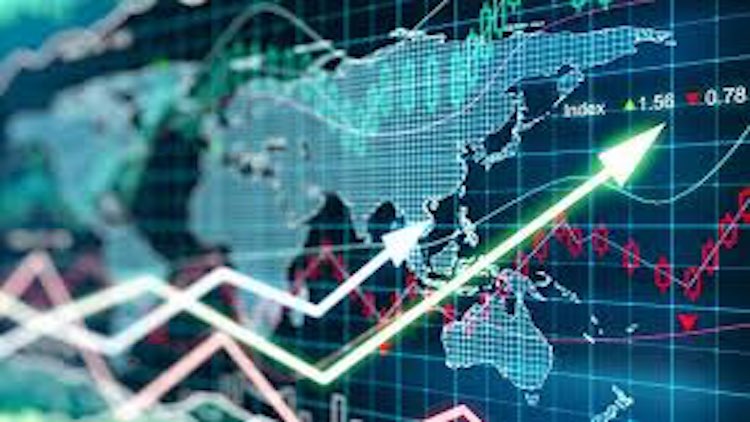 Record highs marked the stock market in 2019 despite the economic gloom. Both the Sensex and Nifty reached record levels but many small companies lagged. But here are the top 10 small stocks which broke away. Prem Doshi of Ace Equities analyses exclusively for GoNews. The Top Ten Stocks of 2019 Also Read: UP Tourism Bears The Brunt Of Anti-CAA Protests

The last year of the decade was pretty action-packed for the markets, Indian general elections, global trade-war and surprise corporate tax cut dominated the headlines. The leading Indian indices Sensex ended the year with approx 16% gains and Nifty ended the year with approx 13% gains While the large cap dominated indices delivered good returns the broader market picture was not that rosy, Nifty Midcap 50 ended down by approx 5% and Nifty Smallcap 100 ended down by 10%. Due to this polarization a large number of retail investors who own smallcaps and midcaps suffered draw downs in their portfolio values even as Sensex and Nifty continued to make newer all time highs. 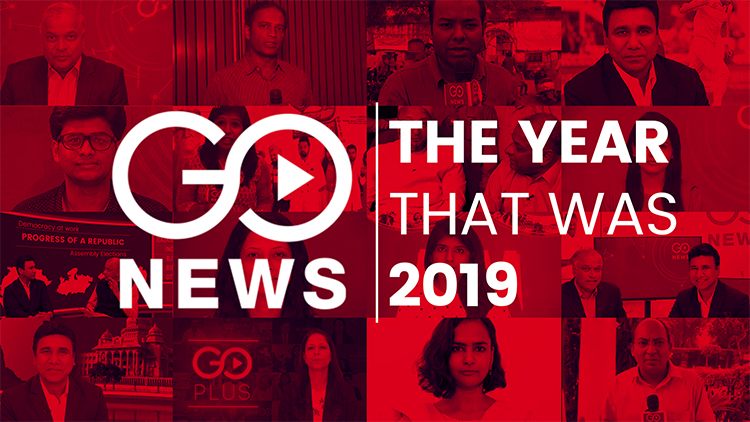 Here is a brief look at the some of the best performing stocks for the year 2019. 01 – Adani Green 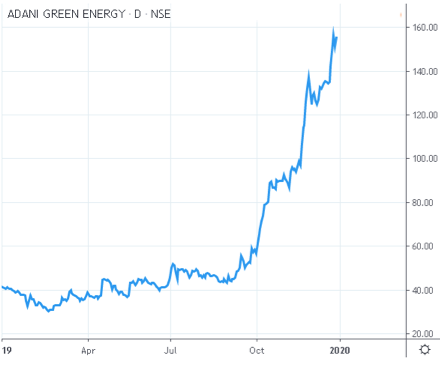 Adani Green rallied from about 41.50 to end the year at close to 160. With gains of 285% it was the top stock for the year. Part of the Gautam Adani headed Adani Group, Adani Green has been raising capital across the globe to create a 15000 mega-watt renewable energy chest by 2025. The company with a net debt of about 11,000 crores posted revenue of 2058 crores, a growth of almost 40% for the Financial Year ended 2019 even as the net loss more than tripled to 474 crores. However, for FY20 half year so far, The company has posted a net profit of 4 crores v/s a loss of 262 crores in the same period last year. The improving financial performance and Govt’s continued focus on renewable energy seems to have triggered the sharp rally in the stock price. 02 – Tanla Solutions 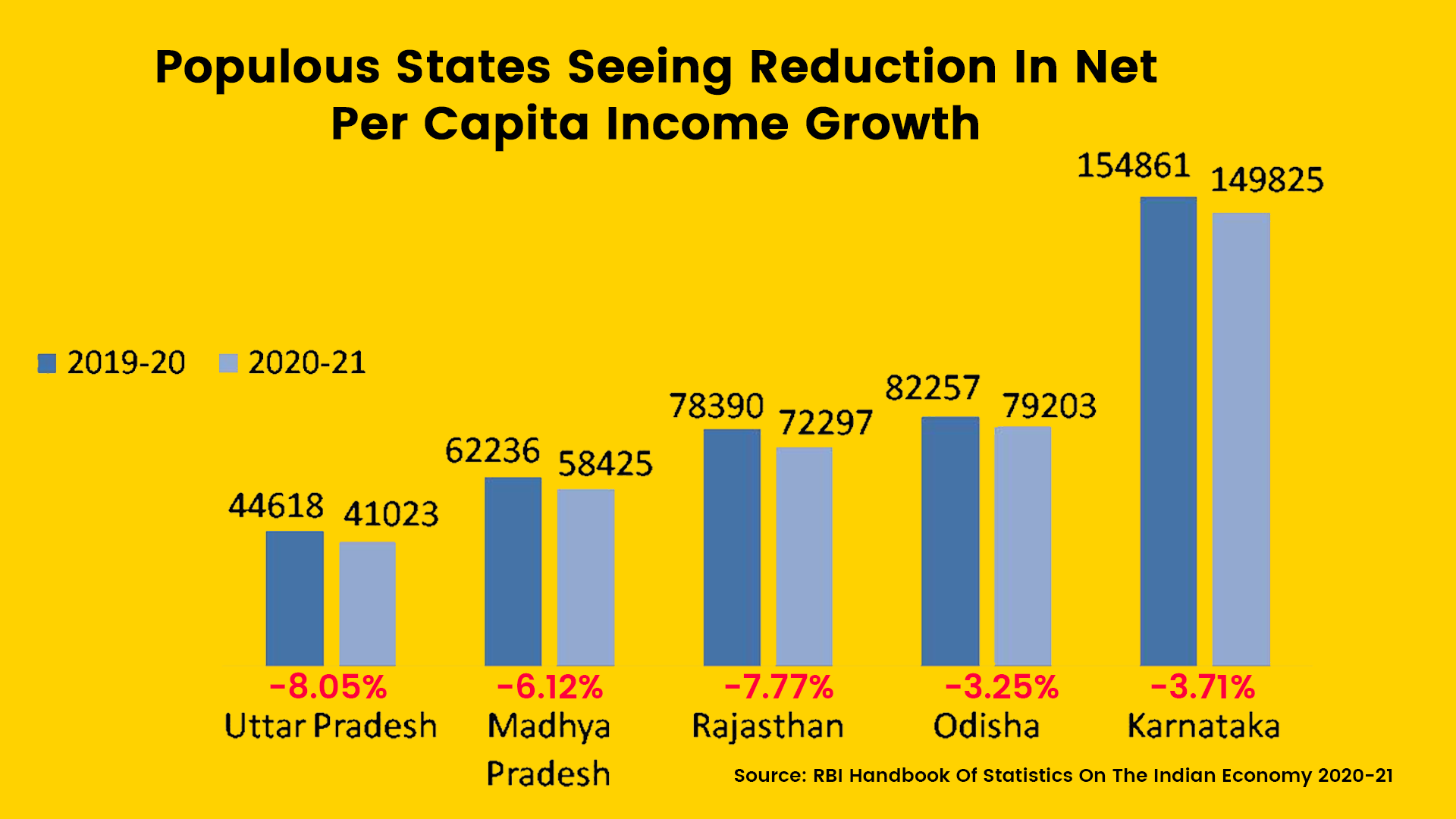 Tanla rallied from 30.50 to end the year close to 70 up by 129% The company headquartered in Hyderabad, is engaged in the business of enabling cloud communication, Internet of Things. The clientele for the company includes the likes of Airtel, Vodafone, Facebook & Linked-In. The company claims to be one of the world’s largest cloud communication solutions provider with over 80 billion transactions annually. The company reported a revenue growth of 27% and the net profit jumped by 57% at the end of Financial Year 2019. 03 – Reliance Nippon Asset Management Company 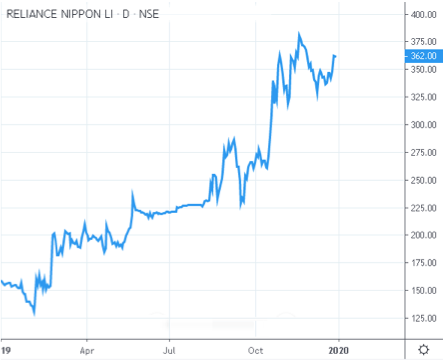 RNAM rallied from 160 to end the year at close to 360. A staggering gain of 125% The company is in the asset management business with offerings across categories of Equity Mutual Funds, Debt, Gold and Liquid Funds. Formerly a part of debt laden Anil Dhirubhai Ambani Group, Reliance Nippon is now owned by Japanese insurance major Nippon Life. Nippon Life even changed the name of its offerings from Reliance Mutual Fund to Nippon India Mutual Fund. While the company has lost market share, the management has reiterated that with the name change it should be able to increase its market share going ahead. 04 – ION Exchange 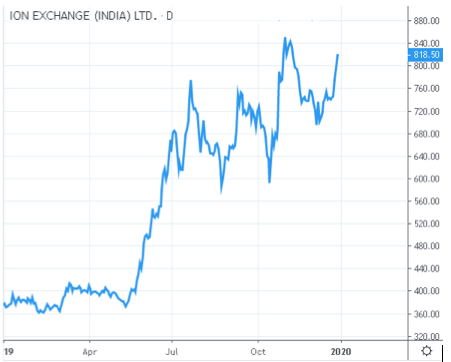 ION Exchange rallied from 370 to end the year close to 820, up by 121%. ION is a pioneer in the water treatment industry in India and offers its water treatment solutions in India and across the globe. It also has water purifier business in India under the brand “Zero B” The company reported a sales growth of 11% in FY19 and a Net Profit growth of 62%. The stock in which leading Indian investor Rakesh Jhunjhunwala and his wife holds around 5.29% stake seems to have attracted a lot of attention after the re-election of Prime Minister Modi in May 2019 as his new cabinet included a new Ministry of Jal Shakti which merged the two water related ministries. 05 – Aavas Financers 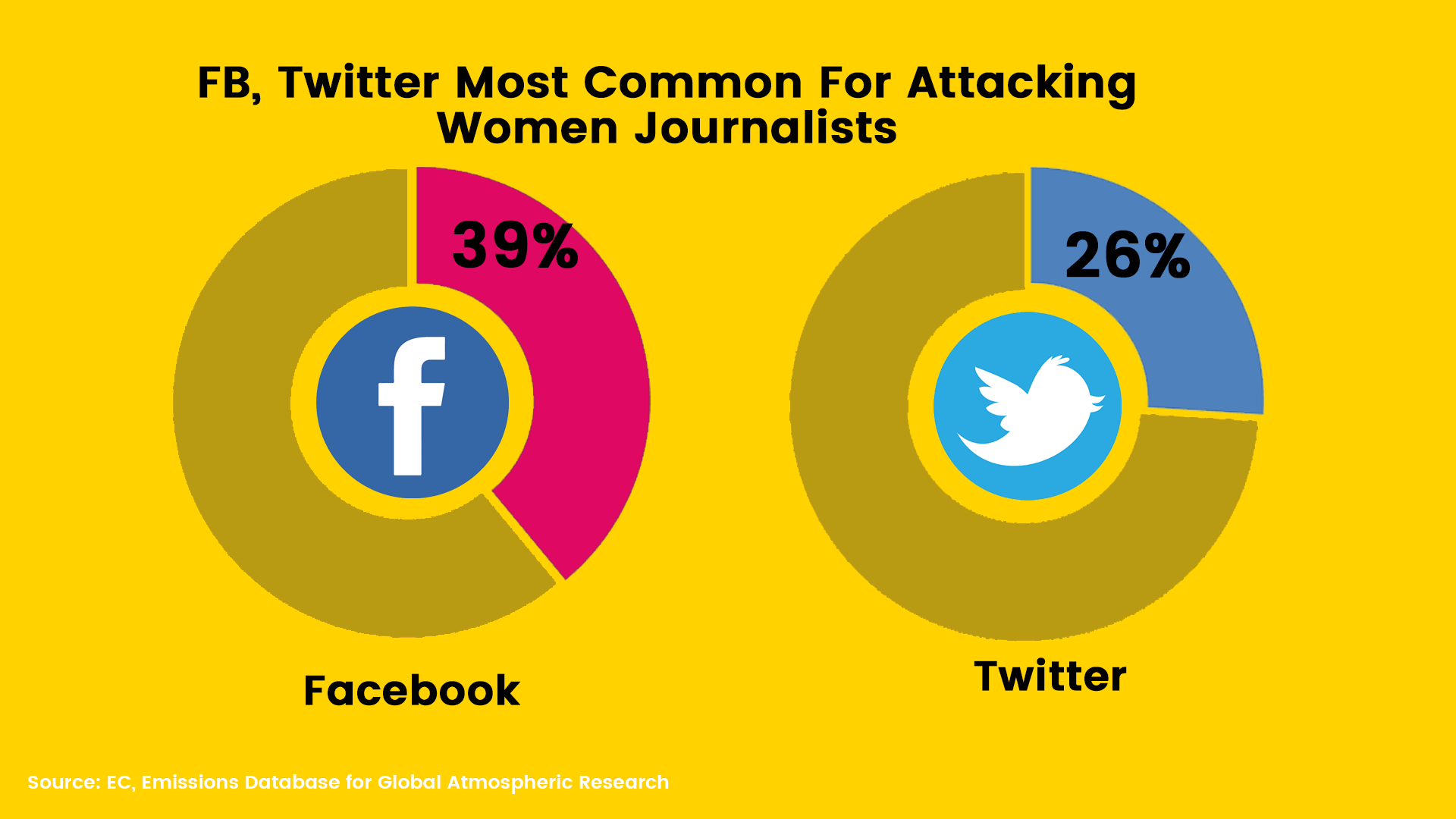 Aavas rallied from 860 to end the year at close to 1900, up 120%. It was overall a bad year for housing finance sector, with the IL&FS fallout triggered liquidity crunch. We saw two large housing finance companies Indiabulls & DHFL pass through very difficult times, with DHFL being admitted for bankruptcy. On back of growth in asset base and stable asset quality, the jaipur based housing finance player managed to beat its peers with strong performance. 06 – Garden Reach Ship Builders

GRSE rallied from 92 to end the year at close to 200, up 117%. GRSE is a PSU company engaged in the business of ship-building and engineering. The company is headquartered in Kolkata, West Bengal. The recently listed company with stable financial performance has been a great performer, much in line with what has happened in the non banking PSU stocks such as IRCTC and RITES. 07 – HDFC ASSET MANAGEMENT COMPANY HDFC AMC rallied from 1505 to end the year at 3250, A gain of 115%. Much like Reliance Nippon. HDFC AMC too is in the business of asset management and is the larger player. With more and more people expected to head for SIPs and other Mutual Fund investments, This sector is hotting up in changing dynamics of personal finance in India. The fact that company posted a 30% growth in its profit in FY 2019 end has only helped the cause of bulls in this. 07 – CREDITACCESS GRAMEEN LTD. CreditAccess rallied from 383 to end the year at 766 a gain of 100%. CA is a microfinance institution providing a wide range of financial services to the rural poor and low-income households, especially women. The Bangalore based company formerly known as Garmeen Koota has delivered very stable set of financial performance too. 08 – MANAPPURAM FINANCE

Manappuram Finance stock has rallied from 93 to 180, A rally of 93%. Amidst the NBFC crisis, Manappuram has emerged as one of the prominent players in Gold Financing. The company’s net profit expanded by 36% in FY2019, as Gold Financing which is almost 75% of its overall book size continued to grow. 09 – DIXON TECHNOLOGIES LTD.

Dixon Technologies stock has rallied from 2060 to 3900 in 2019, A rally of 89% as analysts picked this as a Make in India stock. The Noida based company is India’s largest home grown manufacturer of consumer durable products such as Led TVs and Mobile Phones. The client includes many major electronics players including MNCs. As US-CHINA continue to be at loggerheads in the Trade-War, Indian companies like DIXON stand a chance to gain. The FY20 Half-Year numbers for Dixon show revenue growth of more than 90%. 10 – ASTRAZENCA PHARMA LTD. Astrazenca rallied from 1450 to 2680, up by 85%. The British-Swedish pharma giant managed to outperform the Nifty Pharma index which is down by almost 9% at end of 2019. While Indian pharma companies have struggled with USFDA regulatory issues, Astrazenca on the other hand has posted almost 28% revenue growth and 107% profit growth for FY 2019.
TAGS Reliance Trade War Adani Green Nifty Sensex top ten stocks of 2019 top ten stocks Indian Economy Economic Slowdown Stock Market

By GoNews Desk 43 minutes ago