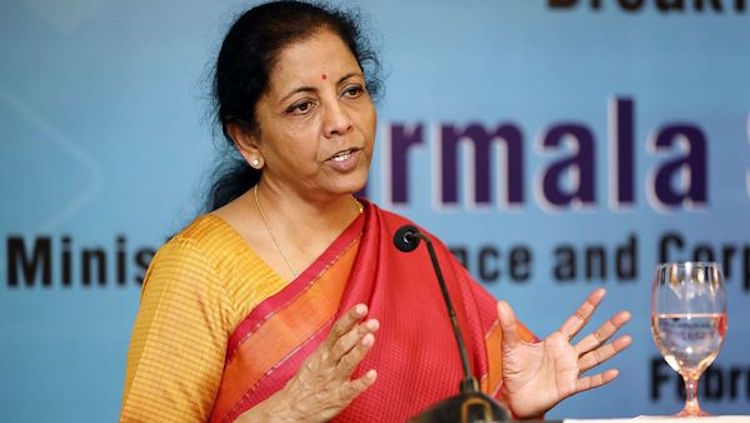 The Central government has tried to provide some respite to people grappling with the onslaught of the coronavirus across the country. Finance Minister Nirmala Sitharaman has announced that no additional charge will be levied on withdrawing money from any ATM for the next three months.
Also Read:
Govt Bans Export Of All Ventilators, Sanitisers

Also, the proviso to maintain a minimum balance in bank accounts has also been ended for some months. This announcement by the Finance Ministry is important because at a time when it is difficult for people to step out of their homes due to several restrictions, they can now freely withdraw money from the nearby ATM of any bank, instead of from their own bank’s ATM. Apart from this, the deadline to file Income Tax Returns has been extended from March 31 to June 30. The interest rate for late payment for this duration has been reduced from 12% to 9%. Also, the deadline for linking PAN Cards and Aadhaar Cards has been extended till June 30. The Finance Ministry has fixed June 30 as the date for GST returns for March, April and May. Companies with a turnover of less than Rs 5 crore will not have to pay any interest, penalty or late fees.

Union #FinanceMinister @nsitharaman in #Delhi hinted on an economic package, extended #ITR for 2018-19 to June 30, among a slew of other relief measures to #taxpayers and businesses to aid the fight against the fast-spreading #coronaviruspandemic#coronavirus #Covid19India pic.twitter.com/TXl8RbwKOb