How Food Delivery Can Benefit From The Ola 'Series-S' 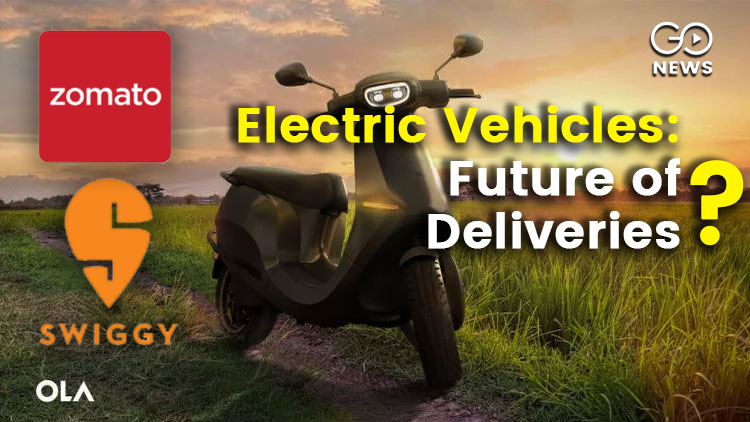 Ola’s much-hyped launch of its Model-S electric scooter has brought renewed attention to the Electric Vehicles (EV) space in the Indian market and globally. In the largest consumer market for conventional two-wheelers, new EV entrants have entered with a disruptive flourish. India is the 6th largest producer of automobiles in the world and the fifth-largest market for this industry. Its growing middle class and a young population have not only skewed the demand for two wheelers (80%) over passenger vehicles, but also opened the space for the ‘gig economy, a sector that includes food delivery, cab rentals, and other such app-based services.
Also Read:
Supreme Court Issues 10-Day Notice To Union Govt. In Pegasus Spyware Case

Zomato and Swiggy have emerged as the only two major players in the food delivery market. Rising fuel costs and focus on emissions have impacted these companies and their delivery partners. Reports of Swiggy and Zomato delivery executives striking due to low pay-scales and rising fuel prices have caused a rethink of their strategy. The media has reported that Zomato and Swiggy plan to electrify 10% of their fleet by 2021. Recently, a partnership between Reliance BP Mobility Limited and Swiggy was finalized, aimed at increasing the proportion of EVs in its fleet. It is becoming more important than ever for companies to move towards sustainable mobility not just for businesses but people in general. Now, with the Ola Series S priced competitively at ₹80,000 and ₹1,10,000 and branded for youngsters and professionals who also form the main market for food delivery, let us examine how adopting electric vehicles will benefit food delivery services. Firstly, it would greatly reduce costs for delivery agents. At present, they drive an average of 100-200 km. per day, using 60-80 litres of fuel per month. If present fuel prices are rounded off to ₹100/litre, it comes to around ₹6000-8000 as an expense for a job that pays between ₹15-25,000 on average, or even ₹35,000 at maximum. Compared to a single charge of electric scooters which costs under ₹50 and can deliver 100-200 km. on a single charge, this is an untenable cost in the long run. At ₹100/litre, and an assumed average mileage of 85 kmpl of the motorbikes typically used by delivery executives, a motorbike will travel 0.85 km for every rupee, and 25.5 km for ₹15. Contrast this with e-scooters that can run 70 km. for ₹10. Zomato has stated that all its delivery partners cover a total of 1 million (10 lakh) km. per day. At the prices and mileage assumed above it comes to nearly 12,000 litres of fuel, which means ₹12 Lakh per day for petrol. Saving costs and pollution have translated into past initiatives like “last-mile delivery fleet” on pedalled and electric bicycles on part of Zomato. It has 5,000 partners in 12 cities at present. Zomato has committed to 100% electrification by 2030. This change coincides with a pandemic that saw record slowdowns and disruptions for the automobile sector on one hand and a simultaneous increase in revenues for Zomato. High petrol prices, adoption of BS-VI engines, and a fall in demand due to lockdowns and the emergence of (ride-hailing) mobile apps are the broad reasons for the sector’s slowdown. Some of the same factors have given the edge to food delivery services. The Electric Vehicles (EV) segment is poised to emerge rapidly, with Ola CEO Bhavish Agarwal publicizing his company’s vehicle with the call to “reject petrol and commit to electrification”. Ola’s Series S aggressively undercuts its competitors within the segment and aims for petrol scooters like Honda Activa as well. It puts competitive pressure on the market and will stimulate other players. Ola Series S had 1 lakh bookings in a single day, while Zomato reported 2.14 crore orders in FY 2020. This shows the consumer preference for both brands and their product/services. Swiggy and Zomato are currently in talks with Zypp, Spinny, and eBike Go for fleet electrification. It will be interesting to see how the rise of EV’s, which is being encouraged through private and public investment, will impact the food delivery sector in the coming years.