No Money For Daily Needs, Consumer Spending Falls For First Time In Over Four Decades

Figures from the National Statistical Organisation (NSO) are narrating a tale of economic slowdown in the country. According to NSO, consumer spending has seen a huge fall for the first time in the past five decades. It clearly means that the common person has no money to spend and poverty is increasing in the country. According to new statistics from NSO, compared to 2011-12, there has been a fall of 3.7% in consumer spending per household in 2017-18. In 2011-12, this expenditure was Rs 1,501, which has now reduced to Rs 1,446.  Also Read: Odd-Even In Delhi Ends Today, CM To Review Extension On Monday 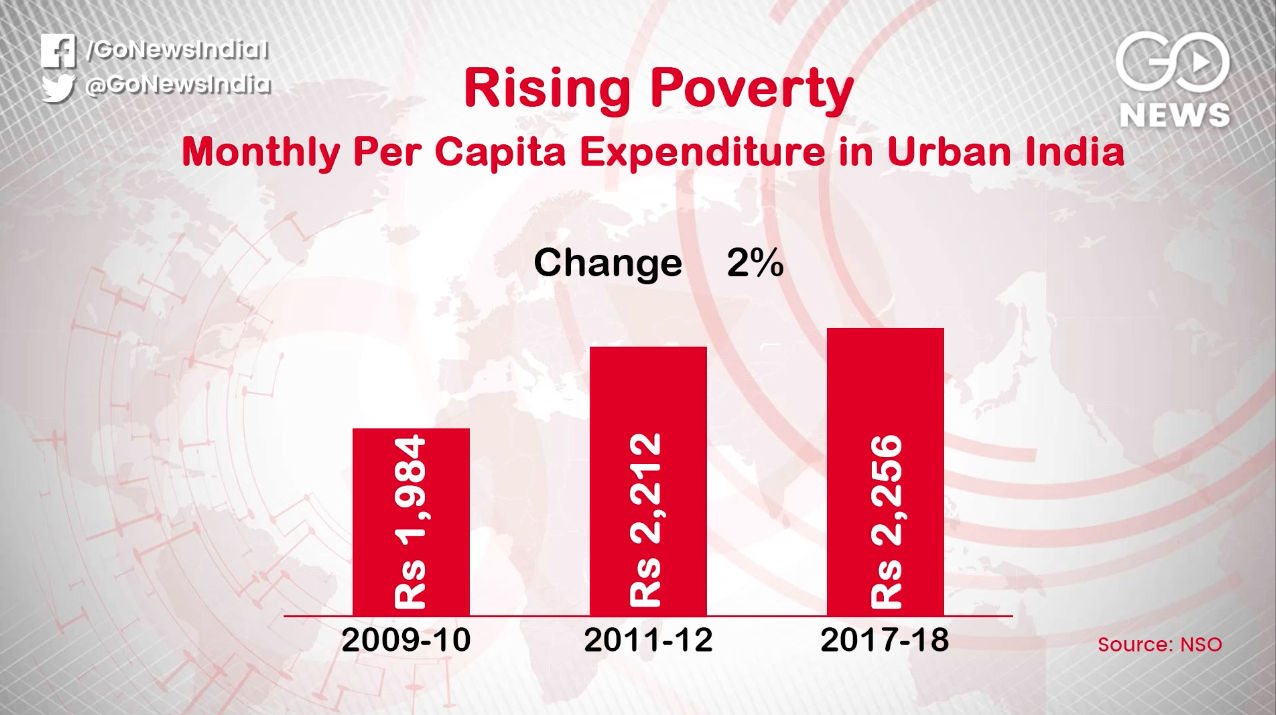 Last month, based on figures from the Ministry of Statistics and Planning, GoNews had reported that people are spending about 3.3% less on food and more on medicines. If the average monthly expenditure in rural and urban areas is collated, in 2009-10 this was Rs 1,329, which increased to become Rs 1,501 in 2011-12, but in 2017-18 it saw a 3.7% fall and reduced to Rs 1,446. These figures from NSO were supposed to be released in June 2019, during the General Elections. However, since they were not conducive to the image of the Modi government, they were buried. According to experts, it is for the first time in five decades that expenditure on actual consumption has fallen. Before this, due to the world oil crisis in the year 1972-73 and the foodgrain crisis in the 1960s, a fall had been registered in consumption.  This clearly means that a large section of the country’s population is sinking into the morass of poverty. Watch the full report here:

Monthly #consumer spending falls for the first time in over four decades with a major dip in #RuralIndia, #government data reveals@ShahnawazMalik_