Rupee Plummets To Lifetime Low Against US Dollar, Worst In 5 Years, Falls Behind Other Emerging Currencies 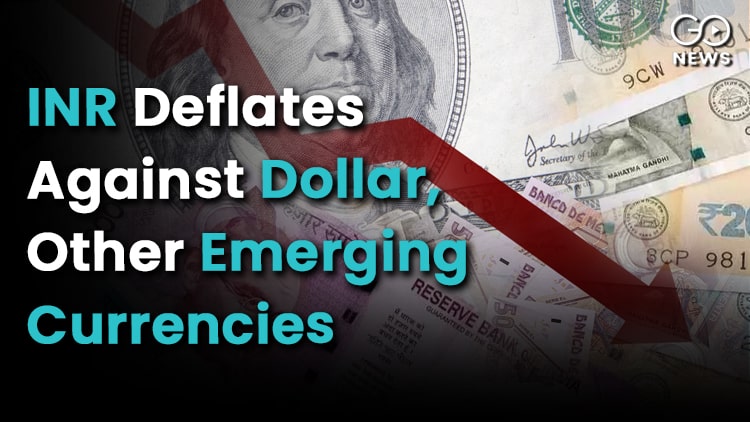 Oil prices have risen beyond $120 per barrel as the United States and Europe consider imposing a ban on Russian energy imports. Investor morale was also pulled down by persistent foreign money withdrawals and a disappointing trend in domestic shares, according to forex dealers. According to stock exchange data, foreign institutional investors were net sellers in the capital market on Friday, offloading shares worth Rs 7,631.02 crore. This is problematic for the government because rupee deflation is a two-edged sword: it benefits exporters while pinching importers who deal in dollars. India imports approximately three-quarters of its oil, making it one of Asia's most price-sensitive countries. Oil prices will increase the import bill and, as a result, the trade deficit. Corporate India would find borrowing in foreign currency more expensive as the rupee continues to decline. In the midst of a budding economic rebound from the pandemic, a weaker currency may help exporters. It raises the danger of imported inflation and makes it more difficult for the central bank to keep interest rates at low for an extended period of time. According to data from the commerce ministry, India's trade imbalance increased to $21.19 billion in February. In February, merchandise exports increased by 22% to $33.81 billion, up from $27.63 billion the previous month. Meanwhile, imports totalled $55.01 billion in February 2022, up roughly 35% from Rs 40.75 billion in February 2021. In the meantime, the country's external debt increased to $593.1 billion in September 2021, up from $556.8 billion the previous year. India's external debt is held in several currencies, the most important of which being the US dollar. Consequences Of Rupee Fall 1. The cost of importing crude oil will climb as the rupee drops in value, resulting in price increases for both gasoline and diesel. The cost of transportation has increased, which has resulted in an increase in the price of commodities. As a result, inflation is anticipated to rise. 2. When converting foreign currency payments to Indian rupees, exporters will be paid a higher amount. The plummeting rupee will benefit IT and pharmaceutical businesses' earnings. 3. Importers will lose if the rupee falls sharply in value because they will be forced to pay more. 4. When foreign currency is converted into rupee terms, the value of money sent back to India by non-resident Indians (NRIs) increases. NRIs who invest in India will witness an increase in their returns. Delays in the probable return of Iranian crude to global markets, new supply interruptions in Libya, and persistent selling of Indian equities by foreign investors lowered traders' moods and put pressure on the native rupee. Foreign investors have sold roughly Rs2 trillion since October. On the home front, participants will be watching the outcome of state elections in five states on March 10: Uttar Pradesh, Uttarakhand, Goa, Punjab, and Manipur. The IIP data is due for March 11 on the macroeconomic front.