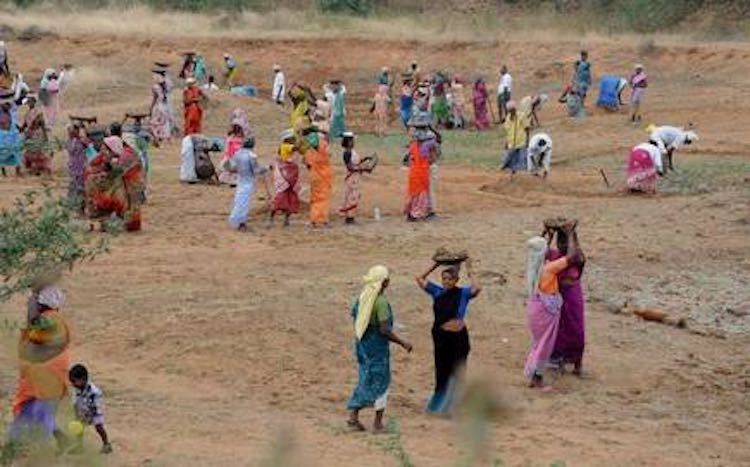 All is not well in India. One-by-one, the economic slowdown is taking every sector into its grip. The slowdown is being felt more severely in villages. A recent report by the State Bank of India (SBI) reveals that wage growth in rural India has reached the lowest level of the past 10 years.

The effects of the economic slowdown are being felt more seriously in villages than in cities. The indications for this were being given since last year, when the FMCG sector, i.e., companies selling things like soap, hair oil, shampoo, and toothpaste, registered a decline in sales.

This decline has been seen most heavily in rural India. Even a company like Baba Ramdev’s Patanjali could not escape this slowdown. A recently-released report by the SBI reveals that the situation is very bad in rural areas.

This makes it clear that the effects of the slowdown are being felt more in villages, where farmers’ produce is not being purchased fully. The sugarcane crop is not being bought and seeds, insecticides, manure, and transport have all become expensive. Farmers have to pay for all this in cash but even if they get paid for their crops, it is after a wait lasting many years.

If the government is really worried about the economy, then it will have to increase the purchasing power of rural India, which has been on a continuous decline over the past five years.