Tax Exemption Worth Rs 5.29 Lakh Crore Given To Corporates In Last 6 Years 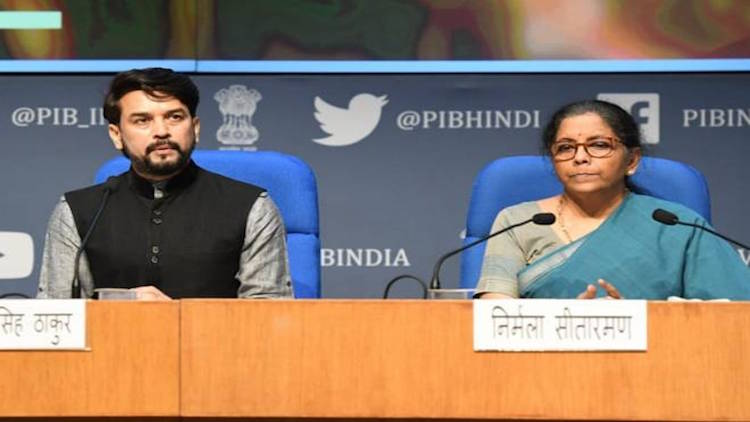 The Modi government in the last six years has provided a relief of Rs 5.29 lakh crore to the corporates to create jobs, boost investment in the country, but the situation has failed to improve. Moreover, the government has cut subsidies given to the farmers and the poor, but in the last six years, the government has exempted corporate tax of Rs 5,29,667 crore. Per Government data, in the financial year 2014-15, the government gave a concession of Rs 65,067 crore under the Income Tax Act, which followed a year-after-year increase: Rs 76,857 crore in 2015-16, Rs 86,144 crore in the fiscal year 2016-17, Rs 93,642 crore in 2017-18 fiscal and Rs 1,08,113 crore in 2018-19.
Also Read:
Paypal Wraps Up Domestic Payments Business In India Amid Digital India Push

In the year 2019-20, the figure of tax exemption given to the corporate world was Rs 99,842 crores. Note this is not the money that corporates owe to banks and which the government waives. In response to an RTI, the government had said that the Manmohan Singh-led UPA had waived bank debts worth Rs 2,20,328 crores in 10 years, on the other hand, in the five years of the Modi government, this figure has tripled to reach Rs 7,94,354 crore. Now if you add the figures of exemption of income tax to the corporate world and the loan waiver by the banks in the Modi government, then it seems that the government has given Rs 13,24,021 crore to the corporate world. This figure is more than one-third of India's annual budget. On the one hand, the government is lavishing money on the corporates with both hands, on the other hand, the government is slashing the subsidies of farmers and common man to raise money. Whereas the government spent Rs 1,33,947 crore on subsidy on fertilizer to farmers in 2020-2021, in the same budget 2021-22, only Rs 79,530 crore has been allocated for fertilizer subsidy i.e. 40.62% reduction. Similarly, the government has cut back on food subsidy a lot. The Food Security Act is in force in the country and under this, the government provides ration to the 67% population of the country at cheap rates. On this, the government spent Rs 4,22, 618 crore in 2020-2021, in the same budget 2021-22, the budgetary allocation for food subsidy has been reduced to Rs 2,42, 836 crores i.e. a reduction of 42.54%. Note the people taking the food subsidy are the poorest people for whom raising meals twice a day is a difficult task. Go News has also reported earlier how the government is continuously reducing food subsidies. Similarly, the government has also reduced the subsidy on petroleum products. It is quite possible that this will increase the prices of petrol-diesel, which will directly affect the common man's pockets. The government gave petroleum subsidy of Rs 38,000 crores in the financial year 2020-21 and in the budget 2021-22, it has allocated a mere Rs 12,995 crores. Overall, it seems whatever the government's intention is, it is good for corporate houses only.