Indian government’s finances are in a bad shape. Finance Ministry’s hopes that consumers will give a much needed fillip to the economy through their festive season buying are dashed. The GST collection for the month of October is more than 5% less than the last year. This is the third consecutive month when the GST collection is less than 1 lakh crore, a benchmark that indicates that all is normal in the economy. The gross GST collection for the festive month of October is Rs 95,380 cr compared to Rs 1,00,710 a year ago for the same period. This shows that the economic activity is subdued despite Finance Ministry bringing in many changes to its proposals placed in the Union Budget. The government has to either cut its expenditures drastically, or find new innovative ways to increase its revenue as both direct and indirect tax collection is falling much short of expectations. 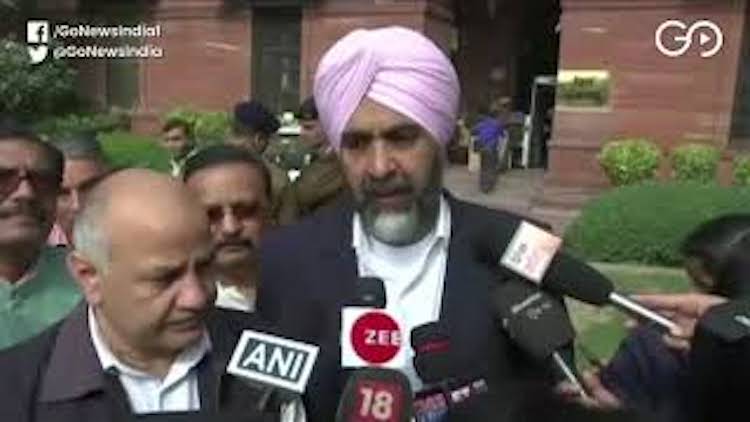 The country is set to miss its fiscal deficit target of 3.3% of the GDP by a large margin. India’s fiscal deficit in the first six months of the financial year till September 30 stood at Rs 6,52,000 cr or 92.6% of the total budget target envisaged for the current fiscal year. In simple terms, the government has already exhausted most of its entire margin for fiscal deficit within first six months of the year. The government collected Rs 6,07,000 cr from all taxes while its expenditure was Rs 14,89,000 cr in the first half of the FY 2020. Confirming an overall slowing down of the economy, the government has collected only 36.8% of its Budget Estimates in taxes during H1, or the first half of the financial year. This is the lowest such figure since FY15 when the tax collection from April to September was 33.1%. Such massive shortfall puts under pressure many government schemes which were announced during the Budget 2019-20. The steepest fall in tax collection was witnessed in Corporate Tax which was nearly 30% of its full year target. Out of Rs 7,66,000 cr for the full year, the Corporate Tax collection so far was merely Rs 2.49,000 cr according to the official data. This situation is going to get worse as the Finance Minister, Niramala Sitaraman has already announced a 7% reduction Corporate Tax after presenting the Budget. This also puts a question mark on the move which was hailed as a major economic reform to kickstart the slowing economy. The Reserve Bank of India and all major institutions have already predicted that the country’s GDP will grow only around at 6% in the current financial year.
TAGS Finance Ministry Nirmala Sitharaman Tax collection Indian Economy Economy Economic Slowdown GST