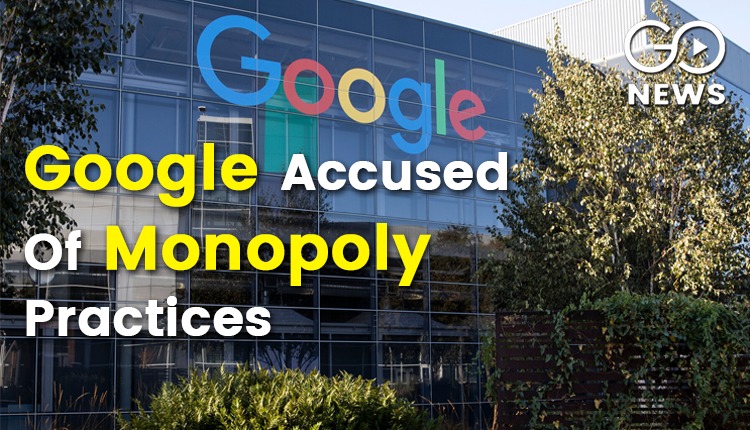 The courtroom battle between tech giant Google and the CCI or Competition Commission of India seems to be ending. The allegations charged against Google in 2019 are still under investigation, and Google on the other hand has accused the CCI of leaking confidential information. On Monday, the CCI told the court that it had not leaked any information pertaining to the investigation to the media.
Also Read:
China’s Financial Muscle Against QUAD Amid Hype On “Containment”

The US tech juggernaut Google is that the company misused the predominance of its Android operating system and abused its “immense financial power” in the country. Reuters and The Times of India jointly presented a report this month based on a secret CCI report which stated the above. After this report was published, Google filed a petition against CCI in court in which it appealed to the court to direct the CCI to keep the details of the investigation a secret. On Monday, Justice Rekha Palli said In court that a settlement has been reached between the CCI and Google on keeping the information on the investigation secret. The Commission on its parthad said that Google’s grievance related to leaking information was misplaced and an attempt to frustrate the actual investigation into its Android platform. ASG N Venkataraman, appearing for CCI, said that he had no objection in accepting the company’s request for confidentiality to expedite the process. Google in turn said that if this commitment is kept then its grievance is addressed. Justice Palli said that if Google “still has complaints about leak of information” then it can take the available legal recourse. However, she also said that the CCI has dismissed the allegations of leaking information to the media. Reuters quoted Counterpoint Research to show that out of the total 520 million smartphones in India, 98% run on the Android operating system. Google is facing a host of investigations into its activities in the payments app and smart television market. Google faces similar suits in other countries as well. The CCI had alleged that Google was wrongfully boosting its mobile payment app in the country by misusing its position in the market. The leak of its secretive information is a big jolt to the company. The company has come under the scanner in Europe, the United States, and other places. The US Department of Justice has levelled similar allegations against Google and opened an investigation into the company for illegally using its normal search and advertising services towards maintaining a monopoly and violating US anti-trust laws. The Department had alleged that Google ensures that all mobile phones have its apps and features pre-installed by paying large sums of money to device makers, wireless carriers, and browser developers. According to the Justice Department, such deals by Google allowed it to capture 60% of search results online. This data by Statista shows Google’s predominance in the U.S. search results market to the pont of a monopoly. According to Statcounter, the present market share of Google is 81.5% for desktop devices and 95% for mobile devices, excluding tablets. India’s investigation on Google began after two Indian antitrust research associates and ne law student registered a complaint in 2019. India is a significant market for Google. It plans to pump in $10 billion into the country through equity investments and mergers.