The BJP-led Assam government has decided to shut down the government-funded madrassas and 100 Sanskrit tols (educational institutions). Assam Finance and Education Minister Himanta Biswa Sarma said that it will convert all the madrassas run by the state government into regular schools and in certain cases, teachers will be transferred to government schools and the madrassas will be shut down. For this, a notification will be released in November. Sarma said that the Quran cannot be taught at the cost of government money, if we have to do so then we should also teach both the Bible and Bhagavad Gita.
Also Read:
Global Internet Freedom Declines For 10th Year In A Row; India 'World Leader In Internet S

The government will act tough against such madrasas which will not obey the government order. He has informed that not only the madrasssas, but 100 Sanskrit tols across the state will also be closed. The Assam government will not give money to any such institution which gives priority to only one particular religion. The Constitution of India grants every person the freedom to get education related to his/her religion. President of All India United Democratic Front and MP Maulana Badruddin Ajmal has attacked the government, declaring taht if the BJP's Assam government closes the state-run madrasas, his party will reverse the decision after winning the next year's assembly elections. According to Assam's State Madarssa Education Board (SMEB), there are 614 recognised madrassas in Assam. Of these, 400 are high madrassas,112 are junior high madrassas and the remaining 102 are senior madrassas. 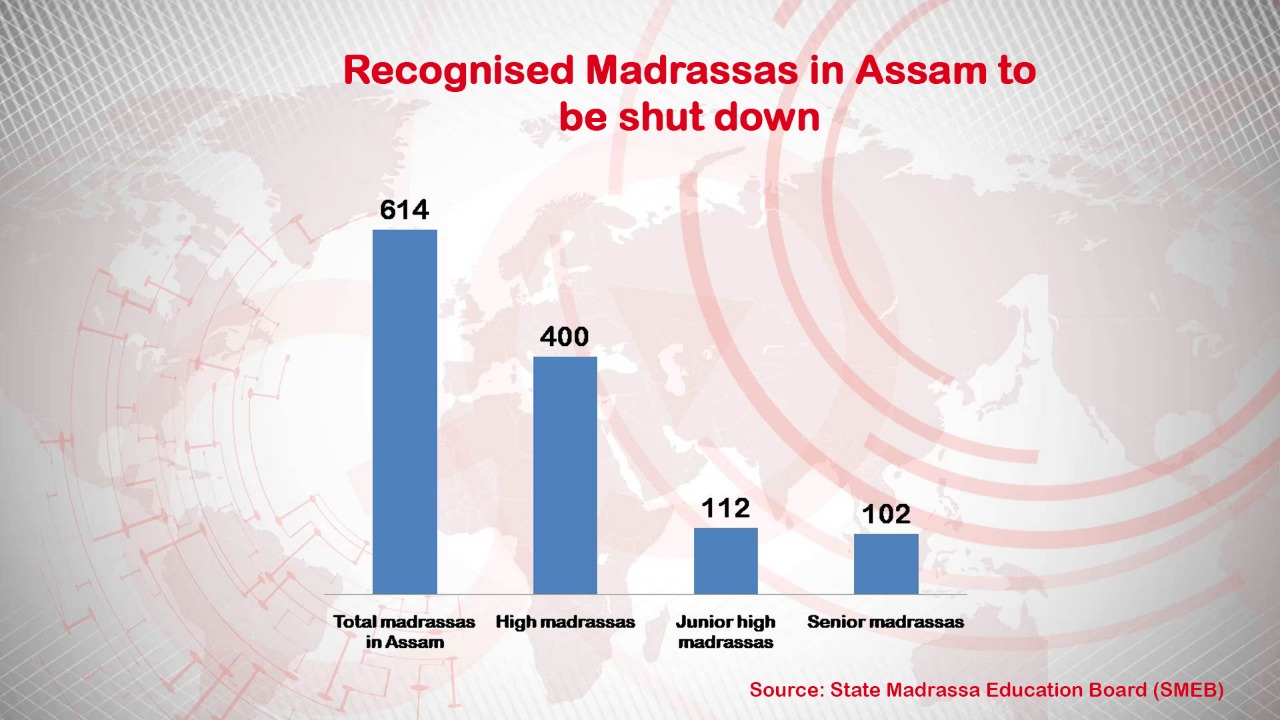 Out of 614 recognised madrassas in Assam, 57 are for girls, 3 are for boys and 554 are co-educational while 17 madrassas are running under Urdu medium. Of about 1,000 recognised Sanskrit tols, nearly 100 are aided by government funds. The Assam government spends Rs 3-4 crore on madrassas, while Rs 1 crore is spent on Sanskrit tols every year.