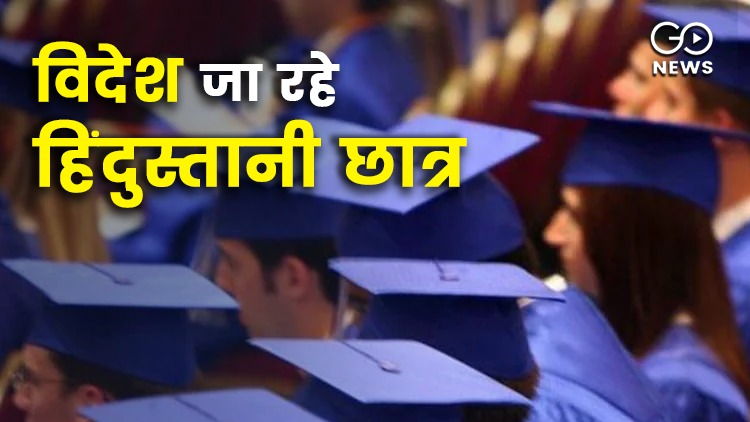 The number of Indian students obtaining education abroad is increasing rapidly by the day. In 2019, there were 7.7 lakh students which is projected to increase to 18 lakh by 2024, according to a report by the consulting firm Red Seer titled “Higher Education Abroad”. The report has brought to light many facts about the exodus of students abroad. It has found that most students are preferring English speaking countries for their postgraduation. England, America, and Canada have emerged as the top destinations for students going abroad for studies.
Also Read:
Travel Ban Is "Unscientific" : After UK, India Insists China Opens Doors

The report also says that students going abroad for education will spend $85 billion. This means that each student will spend ₹89 lakh on their education, whereas in India this cost comes to only ₹10,000 on average. The Ministry of Human Resource Development released a statement in April that for the year 2018-19, the number of students in higher education in the country has reached 3.74 crore. According to the AISHE-2019, these students are pursuing education in 993 universities, 39,931 colleges, and 10,725 standalone institutes. In the 2019-20 Budget, the Central Government had allocated $5.25 billion for these students. Therefore, the expenditure per student on an average came to ₹10,365. This clearly demonstrates the immense gap between the means and opportunities for the rich vis-à-vis the poor. A 2020 report by Oxfam India showed that India’s top wealthy 1% have four times the wealth of 90 crore of the country’s poorest people. The country’s top 9 billionaires have wealth equivalent to the poorest 50% of the country’s poor. The wealth of these individuals exceeded even the total budget of the Central government in 2018-19, according to the same report. It pointed out that obtaining and succeeding in the Indian education system is riddled with deep inequalities based on class, caste, language, region, and gender backgrounds. The report shows that girls from the country’s poorest households do not obtain even a single year of education on an average, whereas in the richest households, girls and women study for an average of 9.1 years. In the year 2014-15, the average expenditure on government schools was ₹16,151 whereas it was  ₹27,723 for Central Schools where children of bureaucrats mostly study. It is due to the persistent neglect of government schools that in most states of India, around 25-30% children are unable to read a Class-2 level book and find it difficult to solve 2-digit sums too. “Higher Education Abroad” says that Andhra Pradesh, Punjab, and Maharashtra sends the most number of students abroad for education. These states are placed among the rich states of the country. On the domestic front, Maharashtra’s Gross Enrolment Ratio (GER) in higher education was 26.3%. The GER in Punjab and Andhra Pradesh is 23% and 29.9% respectively. On the other hands, the poorer states of Bihar, Jharkhand, and Chattisgarh have a GER of 12.5%, 9.9%, and 10.5% respectively, and in all these states, the availability of universities per 1 lakh students is less than 1.