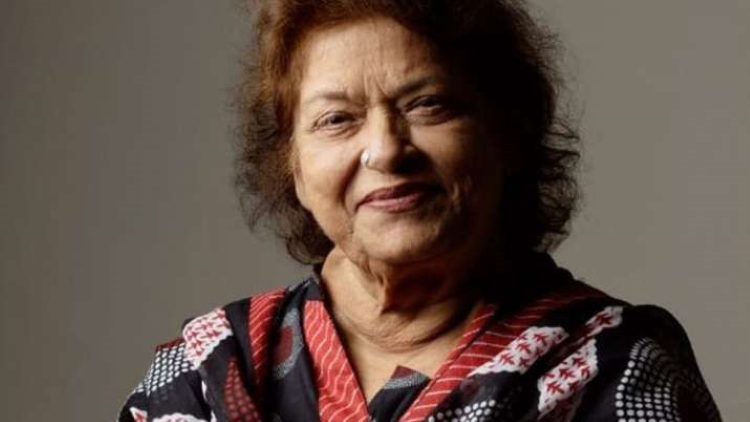 Veteran Bollywood choreographer Saroj Khan passed away at the age of 71 on Friday. After complaining of breathing problems, Saroj Khan had been admitted to Guru Nanak Hospital in Bandra on June 20 but ultimately succumbed to her illness.

Khan choreographed more than two thousand songs in her nearly four-decade-long career and also got big actors to dance to her tune. Many actresses including Sridevi, Madhuri Dixit, Aishwarya Rai got recognition from many famous songs choreographed by Saroj Khan.

I'm devastated by the loss of my friend and guru, Saroj Khan. Will always be grateful for her work in helping me reach my full potential in dance. The world has lost an amazingly talented person. I will miss you My sincere condolences to the family. #RIPSarojji

Before appearing in films Khan was a background dancer. Popularly known as ‘Master Ji’ in Bollywood, Khan has worked in superhit films like Mr. India, Chandni, Tezaab, and Beta in her career. She has been honoured with three National Awards for choreography.

Woke up to the sad news that legendary choreographer #SarojKhan ji is no more. She made dance look easy almost like anybody can dance, a huge loss for the industry. May her soul rest in peace

In 2003, Khan was awarded the National Award for the song 'Dola Re Dola' from the movie 'Devdas', for all the songs of the 2006 film 'Srinagaram' and in 2008, 'Jab We Met', 'Yeh Ishq Haye'. Saroj Khan's career’s last film in which she choreographed her most loved actress Madhuri Dixit was recently released film ‘Kalank’.

Rest in peace Sarojji.. u were an inspiration to many, myself included. Thank you for the songs #SarojKhan

Saroj Khan's real name was Nirmala Nagpal and was trained under the guidance of famous 1950s choreographer B. Sohanlal. Later she married Sohan Lal, who was 30 years older than him. The entire Hindi film industry is mourning the death of their beloved 'Master Ji'.