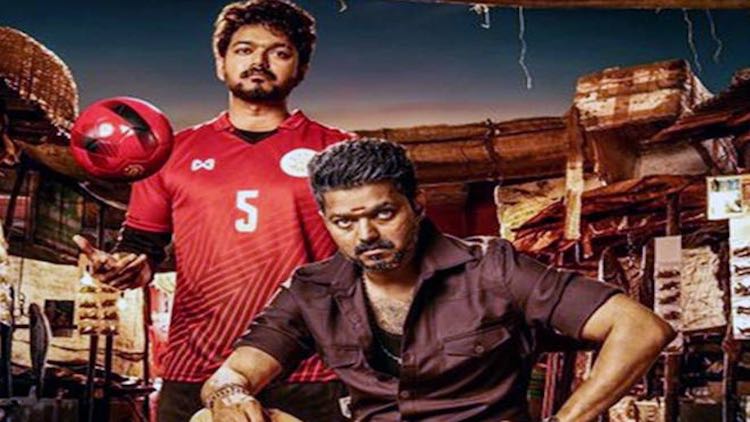 The Tamil sports drama film ‘Bigil’ is proving to be a hit with audiences. Released on October 25, the Thalapathy Vijay-starrer film has earned Rs 141.5 crore in Tamil Nadu alone and Rs 205.20 crore in entire India. With this, it has become the highest-grossing film in Tamil Nadu this year. Before ‘Bigil’, this honour rested with ‘Viswasam’, which had a collection of Rs 140 crore in Tamil Nadu.
Also Read:
Sweden Drops Rape Investigation Of Julian Assange

According to the website Cinetrack, ‘Bigil’ has become the highest-grossing Tamil film to date in Kerala as well. It is being appreciated a lot not just in India but in overseas cinema halls too, where it has earned a total of Rs 91.70 crore. Total collection of ‘Bigil’ in Indian and overseas cinema halls, till date, has been Rs 296. 90 crore. It might become part of the Rs 300 crore club very soon. This film stars actor Thalapathy Vijay in a double role. One of his characters is a football coach, while in the other role, he has become a don. Watch the full report here:

#BoxOffice: #Bigil On The Doorstep Of 300 Crore Club
Thalapathy Vijay starer 'Bigil' is now the highest-grossing film in the Tamil film industry dislodging 'Viswasan. In all markets, the film has crossed 296.9 crores in box office collections. @lalitakashyap13 reports pic.twitter.com/nhHOkim8Qn