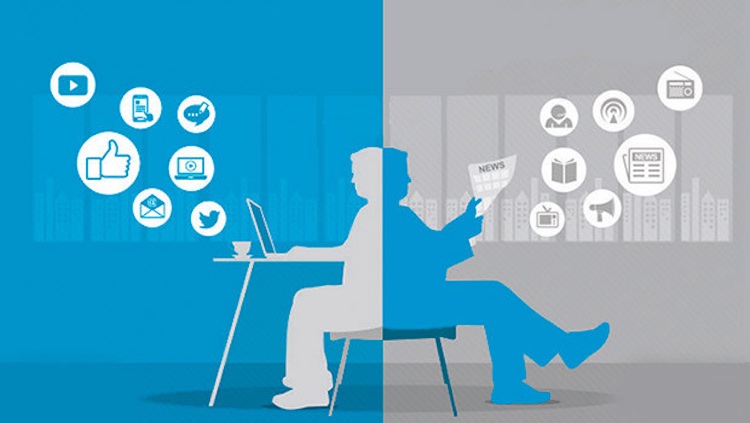 Digital media is the next big thing in India. Now according to a recent study, digital media has outpaced print media in terms of advertisement consumption. The study was conducted by the Advertising Standards Council of India (ASCI), wherein people of all age groups from metros, small towns and rural areas participated at 20 designated centres in the country. According to this study, TV (94%) was the most common medium for advertising consumption, followed by digital (82%), print (77%) and radio (29%). TV commercial viewership was found to be higher in non-metro cities.

Interestingly, the viewership of advertisements on digital was almost the same in rural areas (82%) and metros (83%). In easy words, digital media is fast becoming the first choice in both landscapes.

As far as trust on these ads were concerned, advertising seen on traditional media continues to enjoy high trust amongst consumers. Advertising in newspapers (86%) emerged as the most trusted, closely followed by that on TV (83%) and Radio (83%). Text/SMS ads were the least trusted at 52%.
Among sectors, audiences displayed a very high level of trust for advertisements of educational institutions at 82%. This is possible because culturally, Indians have a strong belief in education as a means to secure their future. Ironically, ASCI finds that a significant portion of misleading ads come from the education sector. Apart from this, people placed more faith in advertisements for household or FMCG items use such as detergents, soaps, oils, etc. But people trust less on advertisements related to real estate and property. The study also revealed that about 70% of the people said that they trust advertisements in which products were re-promoted by celebrities. The participants in the study were also asked what steps they would take when coming across a misleading or offensive advertisement, and found out that about a third of consumers were likely to discuss it with their family/friends, Another third takes some action by posting on social media or reporting the same. However, about 30% of consumers take no action at all. The ASCI has made every tool available to make it easy for consumers to point out misleading claims in advertisements. Consumers can lodge complaints on its website (www.ascionline.org), or via email (contact@ascionline.org). Consumers can also send their complaints via Whatsapp.