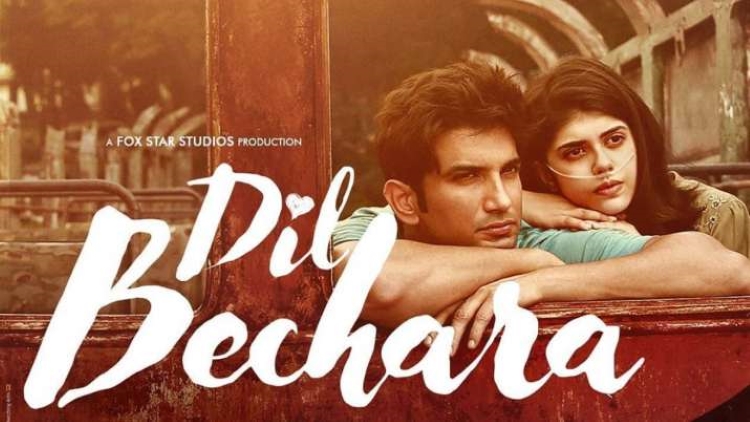 The trailer of last Sushant Singh Rajput film Dil Bechara gets an overwhelming response within hours of online release. The much-anticipated movie’s trailer got 1.3 million likes within two hours and has now garnered over 2 crore views in less than a day. Produced by Fox Star Studio, the Mukesh Chhabra film is an official adaptation of John Green’s The Fault in Our Stars, which was a commercially successful Hollywood film.

The film marks the debut of actress Sanjana Sanghi and is the last film of late actor Sushant Singh Rajput. Rajput fans have been eagerly waiting for his last screen appearance since the actor died by suicide on June 14, 2020.

Here’s presenting to you, our labour of love. The #DilBecharaTrailer is out NOW!https://t.co/ghKY2bBXVw

He was the one who healed her, and took away her pain by celebrating each and every little moment that mattered.

Due to the pandemic restrictions, the film won’t be released in theatres but will stream for free, for all, on Disney+Hotstar on July 24. Watch the trailer here -