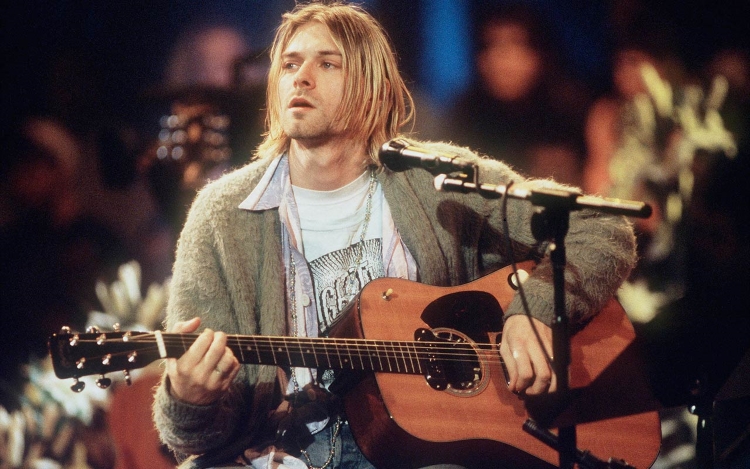 A guitar once played by Nirvana frontman Kurt Cobain has achieved a Guinness World Records title for most expensive guitar sold at auction - $6,010,000. Cobain, who passed away in 1994, played the 1959 Martin D-18E guitar during the recording of the now iconic MTV Unplugged in New York, on November 18, 1993.
Also Read:
‘Adieu Masterji’: Ace Choreographer Saroj Khan Passes Away At 71, Tributes Pour In

Sold with its case at Julien’s Auctions in Los Angeles, USA, bidding began at $1 million before it was eventually purchased by Peter Freedman, chairman of Rode Microphones. Performing some of Nirvana’s classics as well as covers including “The Man Who Sold The World” by David Bowie, Cobain unusually ran the acoustic guitar through an amplifier and pedals. He disguised the amp as a monitor wedge. The entire performance was filmed in one take and was released as an album after Cobain’s death - reaching number one on the US Billboard 200 and winning a Grammy for Best Alternative Music Album. Whilst on stage, Cobain was known for smashing guitars and wreaking havoc with equipment. However, after this performance, the grunge rock legend simply placed the guitar back on a stand and left it on stage as he exited. This wasn’t the first piece of memorabilia sold from this famous performance. The cardigan worn by Cobain on stage holds the Guinness World Records title for most expensive sweater/cardigan sold at auction ($334,000). The sweater was unwashed when it was sold, still containing a burn hole and discolourations on both pockets. Previous holders of the most expensive guitar sold at auction include Pink Floyd member David Gilmour, whose guitar “The Black Strat” was sold for $3,975,000 in 2019 and a Jimi Hendrix owned Fender Stratocaster, which was sold for £198,000 in 1990. Mr. Freedman has said the guitar will tour the world, with money raised going back into the performing arts.  Credit - GuinnessWorldRecords