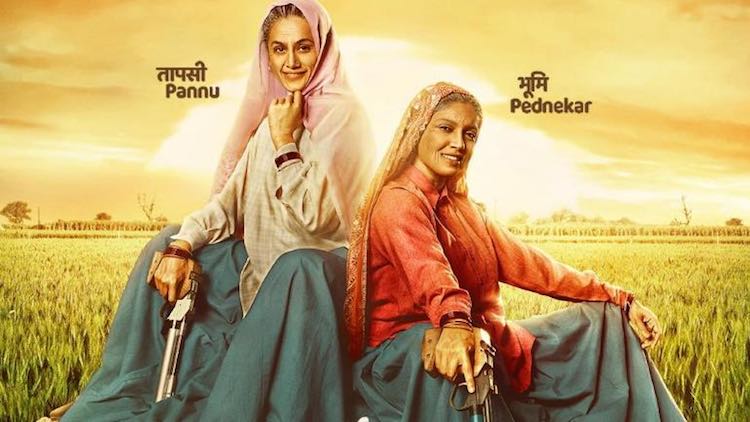 There is good news for the entire team of the film ‘Saand Ki Aankh’. The Rajasthan government has decided to make the film tax-free. Taapsee Pannu and Bhumi Pednekar-starrer film ‘Saand Ki Aankh’ has made headlines even before its release. This film is based on the lives of Chandro and Prakashi, two elderly women from Haryana, who began shooting at the age of 60 and went on to win medals in several shooting competitions.
Also Read:
Hindon Civil Airport Sees First Flight

Based on strong women characters, this film has been made tax-free in Rajasthan. In a tweet, CMO Rajasthan said that Chief Minister Ashok Gehlot has decided to give concessions in the Goods and Services Tax (GST) to the film ‘Saand Ki Aankh’ in the state. Meanwhile, a special screening of this film was organised at the residence of Vice President M Venkaiah Naidu. He praised the film a lot and congratulated the entire team of the film. Venkaiah Naidu met not only Taapsee Pannu and Bhumi Pednekar but also Chandro and Prakashi, on whose lives the film is based. ‘Saand Ki Aankh’ will release on October 25 but Taapsee Pannu is very happy that it is making news before release. She tweeted and offered her thanks to the Rajasthan government for making the film tax-free. Watch the full story here: