Watch: From Mumbai Slums To Winning America's Got Talent-The Story Of V Unbeatable 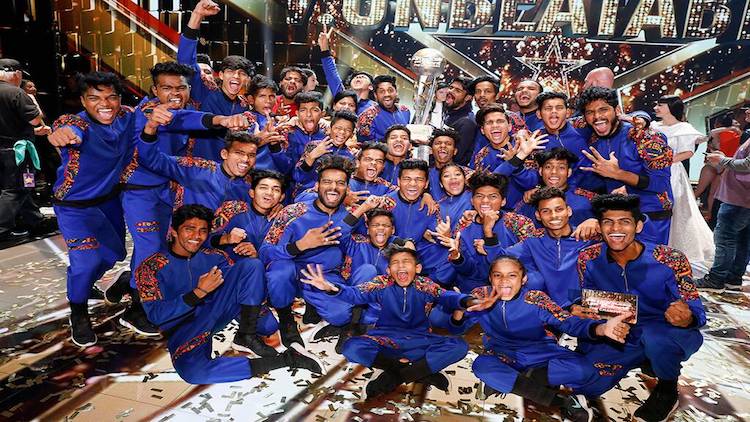 From Mumbai slums to America’s Got Talent, dance group V Unbeatable found international glory by winning the Season 15 of the US reality talent show America’s Got Talent: The Champions earlier this week. Known for their energetic moves and gravity-defying flips, the group gave an electrifying finale performance that received a standing ovation from everyone. Judges Howie Mandel, Simon Cowell, Heidi Klum and Alesha Dixon shook their heads in disbelief.
Also Read:
Manmohan Singh Corners Centre Over Economic Slowdown

The group now has got a chance to live up to its name, V Unbeatable, whose exhilarating stunts and musician Travis Barker's solo drum performance behind them made the whole act nothing short of a miracle. Here’s the video:

V Unbeatable went back for a second season after securing the fourth place in the finale on America’s Got Talent in 2019.  It received immense support from the Indian audience too. Earlier, Bollywood actor Ranveer Singh wished them luck before the finale’s announcement. Formerly named as ‘Unbeatable’, the 29-member dance group changed their name to ‘V Unbeatable’ in the memory of their team member Vikas who died in an accident.