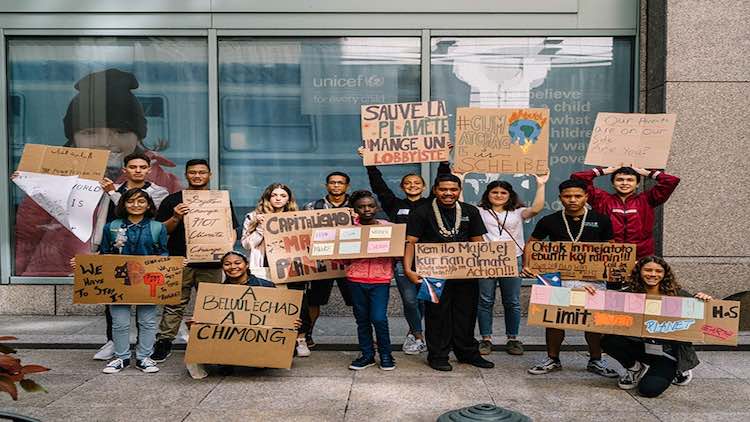 Even as many countries are taking part in the UN Climate Change Summit in New York, youth across the world are showing an increasing readiness to combat climate change. On September 20, for the first time in history, thousands of schoolchildren from 150 countries took to the streets and raised their voices against climate change. Leading the charge, 16-year-old Greta Thunberg, from Sweden, joined 15 other youngsters to submit a petition on climate change and global warming to the United Nations Committee on the Rights of the Child. The petition demands strict action against 45 most-polluting nations, which include G20 member-states like Argentina, Brazil, France, Germany and Turkey. It mentions that despite knowing about the dangerous effects of climate change, these nations did not take any steps to combat it.
Also Read:
Micro-Movements Of Change - Building Peer To Peer Network

The United Nations Committee consists of 18 Child Rights Experts, who will decide if the petition is admissible or not. If it is declared as admissible, then the most-polluting nations will be held to account for their actions. The petition states that climate change is not being taken seriously across the world. Among the petitioners are students aged 8 to 17, from nations like Argentina, Brazil, France, Germany, India, Marshall Islands, Nigeria, Palau, Sweden, South Africa, Tunisia and the United States. In their petition, the students have mentioned the harmful effects of climate change through the occurrence of diseases such as malaria, dengue, asthma and due to deteriorating air quality, and the impact these have on youngsters. Organisations like UNESCO are running campaigns that show that the worst effects of climate change are experienced by children who have lost their homes and families.