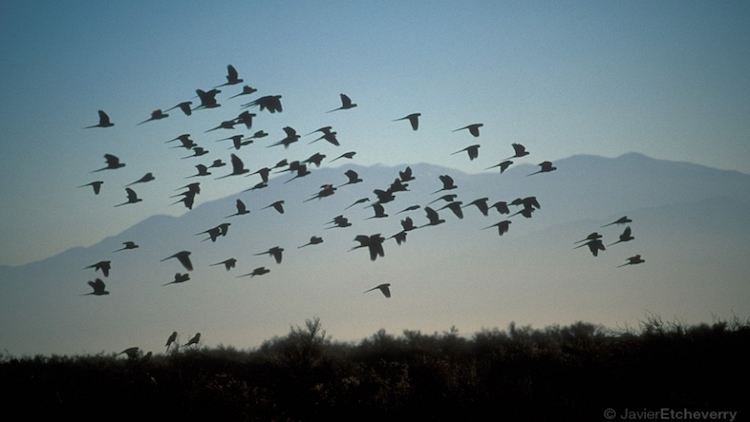 Three billion birds have vanished from America and Canada in the last 50 years, research by Cornell University has revealed. In this, the worst-affected are the house sparrows. If steps are not taken to save them, these birds will soon be seen only in zoos. Though these birds have not become extinct, their population is constantly declining. Also Read: Farooq Abdullah's Kin Detained During Women's Protest In Srinagar

In America and Canada, there were 10.1 billion birds five decades ago. Now, this number has reduced to 7.2 billion, which needs consideration. Researchers have used weather radars to collect figures of the bird population. In 13 surveys on birds held since 1970, computer models have also been used to understand the trends related to 529 bird species in North America. This has revealed that not all but three-fourth of bird species have been affected. According to the research, three billion birds, who used to eat insects that harmed standing crop and those causing diseases like encephalitis, have disappeared from the world. And in all this, the worst condition is of the commonly-found house sparrow, which is slowly becoming extinct. The research also found that the biggest reason for declining bird population is the disappearance of places to nest. According to a research conducted in 2015, one major reason for deaths of birds is the presence of cats, which kill around 2.6 crore birds each year. Apart from this, 62.4 crore birds die from colliding with windows and 2.14 crore birds perish by ramming into cars. However, not all species of birds, the research revealed, are being endangered. Some bird species, such as bluebirds, are increasing in number. The constantly-declining numbers of birds pose a risk to the environment because many bird species have an impact on the growth of flora.
TAGS extinct bird population sparrows cornell university Canada America birds north america