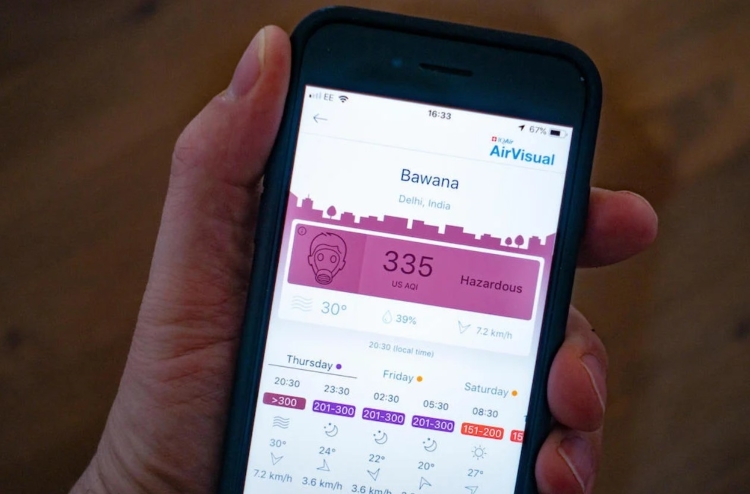 By - Soumya Sarkar/thethirdpole.net In parts of northern India, including Delhi, life expectancy shrivels by over nine years from breathing filthy air, a situation that can be reversed only through drastic policy changes and action Also Read: Bank Holidays In August 2020: Banks May Remain Closed For A Cumulative 15 Days

Nearly two billion people living in South Asia may have their lives cut short by more than five years unless radical action is taken to reduce air pollution in the region, a new report has said. Air pollution is a bigger killer than the Covid-19 pandemic and will continue to remain so unless there is strong and sustained policy action to tackle the problem, according to the Air Quality Life Index (AQLI) 2020 annual report published by the Energy Policy Institute of the University of Chicago (EPIC). Globally, filthy air has been reducing life expectancy by two years on average over the past two decades, as improvements in some countries have been balanced out by worsening conditions in others, the report said. “Though the threat of coronavirus is grave and deserves every bit of the attention it is receiving, embracing the seriousness of air pollution with a similar vigour would allow billions of people around the world to lead longer and healthier lives,” said economist Michael Greenstone, co-creator of the AQLI at EPIC. Countries in South Asia are the worst affected by this stubborn problem. Pakistan, India, Nepal and Bangladesh have had a 44% rise in air pollution in the past two decades. About a quarter of the global population lives in these four countries. They make up 60% of the life years lost to pollution. Bangladesh has emerged as the world’s most polluted country, with 161 million people living in areas where particulate pollution far exceeds standards set by the World Health Organisation. As a result, life expectancy is reduced by 6.2 years, the EPIC report said. In India, the second worst nation in terms of air quality, people lose an average of 5.2 years of their lives relative to how long they would live if WHO standards were met. Even if India’s national standards (more lax than those of the WHO) were met, people would live 2.3 years longer, the report said. Scary Situation The situation is even more frightening in certain parts of India. Air pollution shortened lives by 9.4 years in national capital Delhi and by 8.6 years in Uttar Pradesh, the most polluted state where nearly 250 million residents are affected, the report said. A quarter of India’s population is exposed to pollution levels not recorded in any other country, with 248 million residents of northern India on track to lose more than eight years of life if current pollution levels persist. Residents of Delhi could gain 9.4 years of life if pollution were reduced to meet the WHO guideline and 6.5 years if air pollution levels met India’s national standards. Particulate pollution has increased sharply over time, the EPIC report said. Since 1998, average annual particulate pollution in India has increased 42%, cutting 1.8 years off the life of the average resident over those years. In recent years, India has started to recognise that air pollution is a grave problem. In 2019, the federal government announced the National Clean Air Programme (NCAP), which aims to reduce particulate pollution by 20%-30% relative to 2017 levels by 2024. If India does achieve and sustain this reduction, it would lead to remarkable health improvements, the AQLI report said. A nationwide reduction of 25% would increase India’s national life expectancy by 1.6 years, and by 3.1 years for residents of Delhi, EPIC said. The AQLI is a pollution index that translates particulate air pollution into its impact on life expectancy. Developed by Greenstone and his team at EPIC, the AQLI is derived from recent research that quantifies the causal relationship between long-term human exposure to air pollution and life expectancy. Air pollution has a deadly effect on the heart, lungs and other organs, impacting life expectancy more than communicable diseases like tuberculosis and HIV/Aids, behavioural killers like smoking and even war, the report said. The report pointed out that three-quarters of the world’s reductions in pollution have come from China since it began a war against pollution in 2013. China has reduced pollution by nearly 40% in five years, which will add about two years to the average life expectancy if the reductions are sustained. It took several decades and recessions for the United States and Europe to achieve the same pollution reductions that China accomplished in five years while continuing to grow its economy. “The reality is that no shot in the arm will alleviate air pollution,” Greenstone said. “The solution lies in robust public policy.”
TAGS AQLI 2020 EPIC North India South Asia air pollution