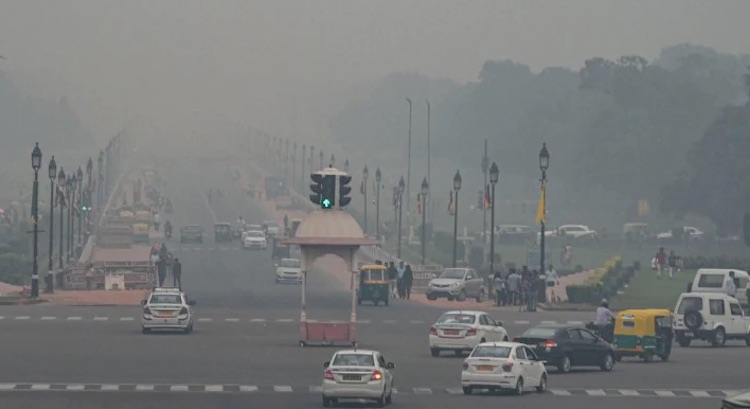 The effect of burning straw in neighbouring states has now become visible in Delhi-NCR, as the air quality indices at many areas of Delhi on Monday crossed 300-mark, which is ‘hazardous’ category’. This time in the capital Delhi, the air quality has deteriorated even before the winter has arrived. The situation can be gauged from the fact that in the early days of October, breathing in Delhi has become difficult.
Also Read:
'Har Ghar Jal': After 70 Years, Goa Becomes 1st State With 100% Tap Water Connections

The AQI recorded in the national capital region, Anand Vihar, Shahdara and Ghaziabad crossed 300, whereas as AQI hit 547 at Greater Noida’s Knowledge Park on Monday morning, which is in a ‘very dangerous’ category. AQI 337 were recorded in Anand Vihar, 328 in Shahdara, 346 in Sanjay Nagar of Ghaziabad, 275 in ITO, 243 in Indirapuram, 231 in Sector-62 in Noida, 210 in Sector-116. However, the AQI level in Sector-30 of Faridabad stood at 166. Delhi Environment Minister Gopal Rai has directed to impose a fine of Rs 50 lakh on NRCTC after major irregularities related to pollution found at a construction site near NCRTC Vikas Sadan, INA.

He said that a 10-member team has been constituted to monitor the initial pollutants, steps taken to control pollution and action taken on complaints received through the mobile app Delhi Green. Meanwhile, the data related to stubble burning in neighboring states will also be reviewed in the Green War room.