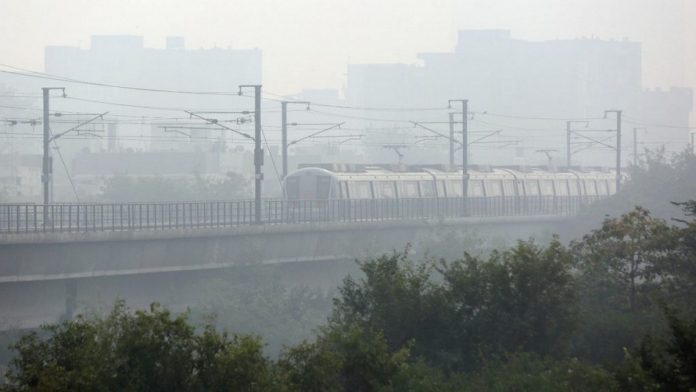 As winter season draws nearer, the air quality of the national capital, Delhi has begun to plummet significantly. Along with this, the cities around Delhi are also facing the menace of air pollution. The much-touted Graded Response Action Plan has also been implemented in Delhi, but despite this, the air quality index in Delhi-NCR reached close to 400 on Friday morning.

Earlier on Thursday, Greater Noida was the second most polluted city in the country with an AQI of 375. Where once a day the level of PM 2.5 reached 400. Meerut ranked third with a poor AQI of 359. Faridabad was fourth while Muzaffarnagar was ranked fifth most polluted city in the country with 335 and 332 AQI respectively. According to the CPCB, Delhi’s air has reached a very poor level due to stubble burning, besides local pollutants.

Earlier, Delhi Chief Minister Arvind Kejriwal on Thursday launched a new campaign to curb pollution. Under this, an appeal has been made to Delhiites to keep their car engine off at the red light. This will save fuel and reduce the pollution level. Launching the ‘Red Light on, Cart Off’ campaign, Kejriwal said that if 10 lakh vehicles are stopped every day at the traffic signal, then about 1.5 tons PM-10 and about 0.4 tons less PM 2.5 will be released in a year.