As Glaciers Disappear, Can We Be Far Behind? 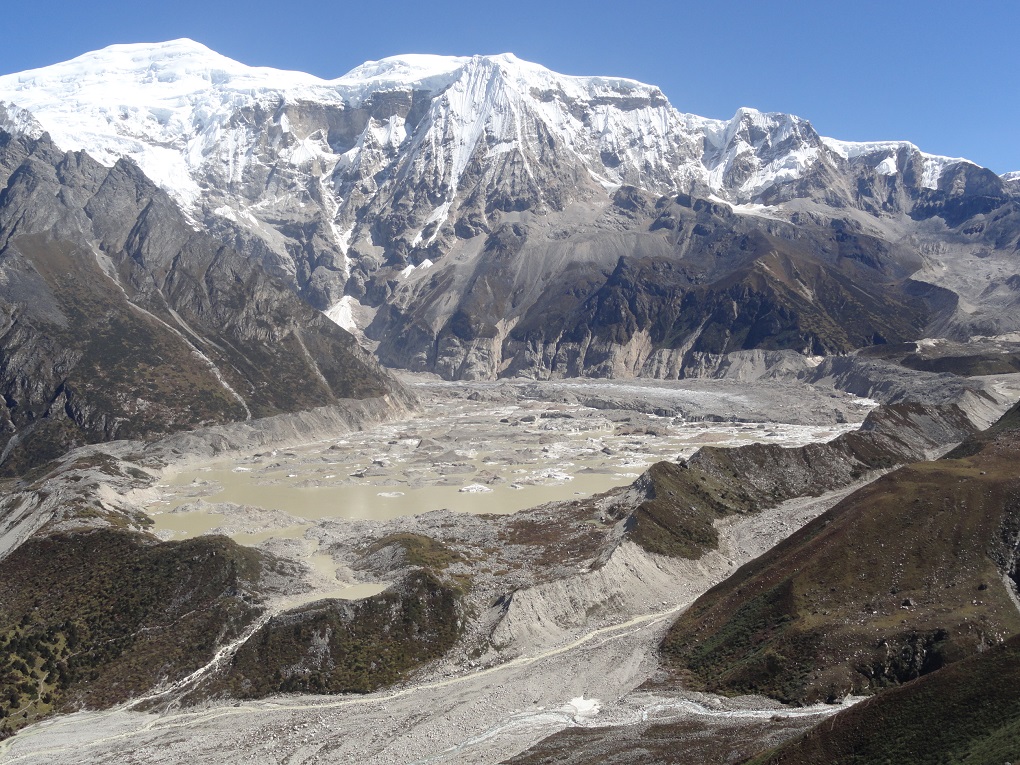 Due to climate change, mountain glaciers worldwide lost mass at an average rate of 220 gigatons (Gt) per year between 2006 and 2015, equivalent to 0.61 millimetres per year of sea level rise. In nearly all high mountain areas around the world, the depth, extent and duration of snow cover have declined over recent decades, especially at lower elevations. Permafrost thaw and glacier retreat have decreased the stability of high-mountain slopes. These changes to the cryosphere and associated hydrological changes have already impacted terrestrial and freshwater species and ecosystems in high mountain and polar regions. Land previously covered by ice has appeared, snow cover has changed, and permafrost is thawing, says a special report on oceans and cryosphere launched by the UN’s Intergovernmental Panel on Climate Change (IPCC) last month. Over the last century some species of plants and animals have increased in abundance, shifted their range, and established in new areas as glaciers receded and the snow-free season lengthened. Together with warming, these changes have increased the number of species in high mountains, as lower-elevation species migrate up the slope. Some cold-adapted or snow-dependent species have declined in abundance, increasing their risk of extinction, notably on mountain summits. In polar and mountain regions, many species have altered seasonal activities especially in late winter and spring. Since the mid-20th century, the shrinking cryosphere in the Arctic and high-mountain areas has led to predominantly negative impacts on food security, water resources, water quality, livelihoods, health and well-being, infrastructure, transportation, tourism and recreation, as well as culture of human societies, particularly for Indigenous peoples. Glacier retreat and snow cover changes have contributed to localised declines in agricultural yields in some high mountain regions, including the Hindu Kush Himalayas and the tropical Andes. In some high-mountain areas, water quality may have been affected by contaminants, particularly mercury, released from melting glaciers and thawing permafrost. Importantly, the IPCC confirms that changes in snow and glaciers have affected the amount and seasonality of runoff and water resources in snow dominated and glacier-fed river basins. Glaciers to retreat further, faster Projected glacier mass reductions between 2015 and 2100 (excluding the ice sheets) range from 18% for a low greenhouse gas emissions scenario to 36% for a high emissions scenario. Regions with mostly smaller glaciers, especially in central Europe, Caucasus, northern Asia, Scandinavia, tropical Andes, Mexico, eastern Africa and Indonesia are projected to lose more than 80% of their current ice mass by 2100 if emissions remain high. Many glaciers are projected to disappear regardless of future emissions. In high mountain areas, projected decreases in low elevation mean winter snow depth, compared to 1986–2005, are likely to be 10–40% by 2031–2050, regardless of emissions scenario. For 2081–2100, this projected decrease is likely 10–40 % for a low-emission and 50–90% for a high-emissions scenario. In many high mountain areas, glacier retreat and permafrost thaw are projected to further decrease the stability of slopes, and the number and area of glacier lakes will continue to increase. Floods due to glacier lake outbursts or rain-on-snow, landslides and snow avalanches, are projected to occur also in new locations or different seasons, the scientists warn.

River runoff in snow-dominated or glacier-fed high mountain basins is projected to change regardless of emissions scenario, with increases in average winter runoff and earlier spring peaks. In all emissions scenarios, average annual and summer runoff from glaciers are projected to peak at or before the end of the 21st century – around mid-century in The Hindu Kush Himalayas, followed by a decline in glacier runoff. In regions with little glacier cover such as tropical Andes and European Alps, most glaciers have already passed this peak. Projected declines in glacier runoff by 2100 in a high-emission scenario may reduce basin runoff by 10% or more in at least one month of the melt season in several large river basins, especially in The Hindu Kush Himalayas during the dry season, say the scientists. Future land cryosphere changes will continue to alter terrestrial and freshwater ecosystems in high-mountain and polar regions with major shifts in species distributions resulting in changes in ecosystem structure and functioning, and eventual loss of globally unique biodiversity. Worryingly, the special report says wildfires are projected to increase significantly for the rest of this century across most tundra and boreal regions, and also in some mountain regions. Courtesy: thethirdpole.net For the full story click here
TAGS Hindu Kush Himalayas Environmentalist Environment glaciers Disasters Climate Change biodiversity Agriculture