The cessation of the Bodoland insurgency has enabled the revival of Manas National Park, and has helped residents adapt to climate change impacts 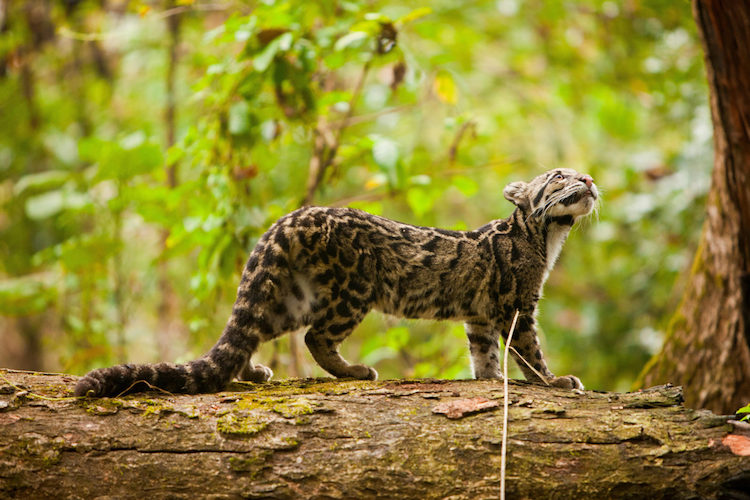 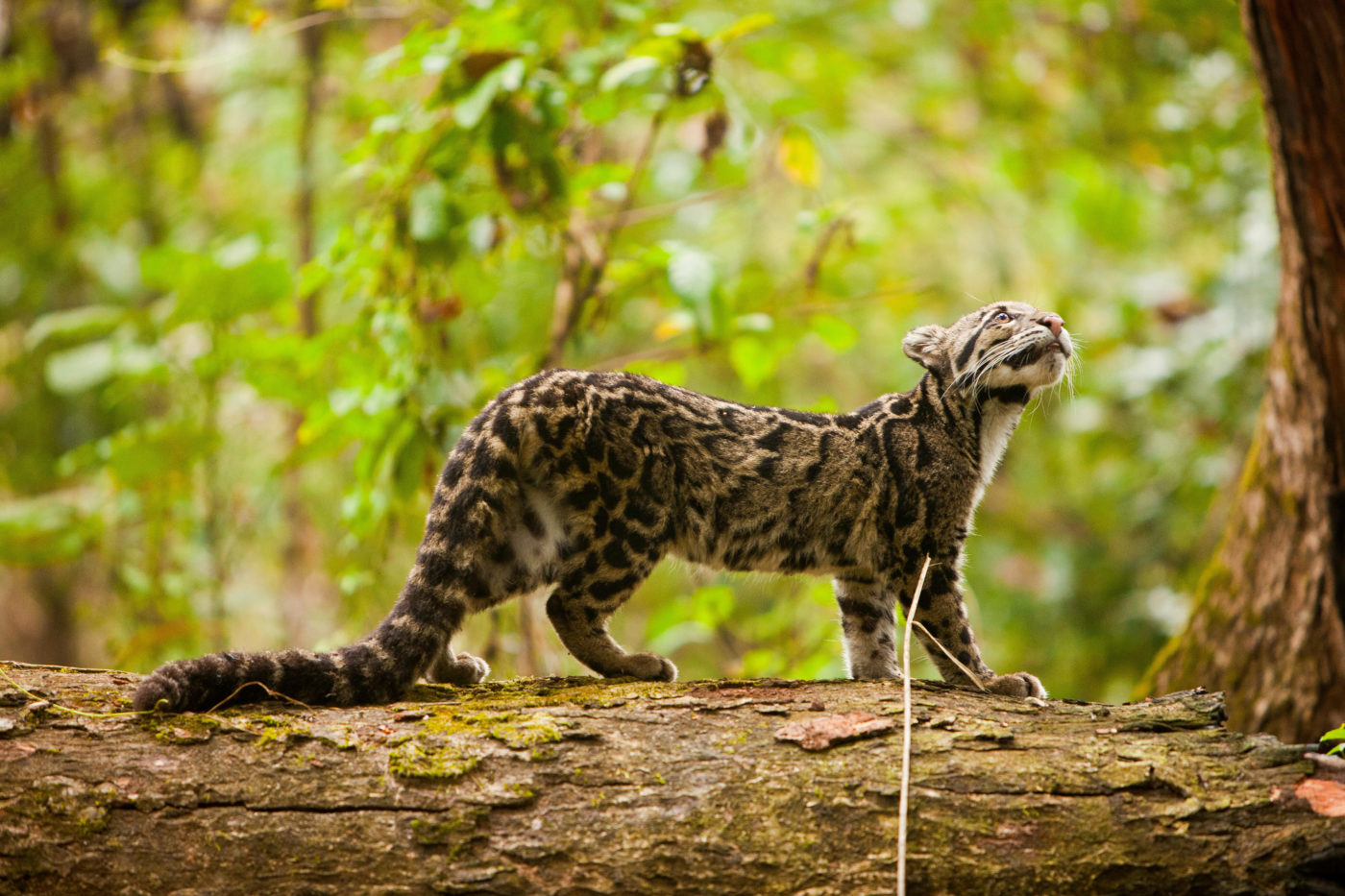 Jatin Gayary beams with joy every time he sees a tiger in Manas National Park in the foothills of the Himalayas in Assam, northeast India.
Also Read:
Tall Claims Of Peace Fall Flat As Kashmir Burns In Violence

“We had never imagined witnessing the day when wildlife would once again rule the park,” says the 40-year-old. He is one of the legion of service providers recruited and paid for by the Bodoland Territorial Council (BTC), an autonomous district council administering the region and contracted to work with the forest department. “It seems like a dream come true. We had almost lost hope of witnessing the [original] biodiversity again in Manas but thanks to the serious efforts [undertaken], things have started to look brighter.” Located in Baksa and Chirang districts of Assam near the north bank of the Brahmaputra, Manas National Park was severely impacted by the separatist movement demanding a state for the Bodos. The Bodos are the indigenous community that forms the majority of the population in and around the forest. Violent clashes between the Assam state government and the insurgents starting in 1987 and continuing for over two decades had led to the insurgents fleeing into the forest, a Unesco World Heritage site. Security forces were often unable to enter. “The armed separatists chose Manas because of its strategic location and connectivity with Arunachal Pradesh and neighbouring Bhutan that helped them to escape the police. The dense forest also helped the insurgents to hide,” says Dipankar Lahkar, the manager of the tiger research and conservation division of Aaranyak, a non-profit working for environment and wildlife conservation in Assam. The result was large-scale poaching and trafficking of wild animals. Government officials and forest guards avoided the forest, which straddles the India-Bhutan border and is located on both banks of the Manas River, which flows from Bhutan to India to join the Brahmaputra. The 850-square-kilometre Manas National Park forms the core of the 2,837-square-kilometre Manas Tiger Reserve. On the Bhutan side of the border is the similarly named Royal Manas National Park, Bhutan’s oldest protected area.

Traffickers took advantage of the unpoliced open border and smuggled animal parts to China, according to Lahkar. There is a huge demand for bones, hides and hair from wild animals among practitioners of traditional Chinese medicine, despite no scientific evidence that they have any medicinal value. During this period over 70 one-horned rhinos were killed in the forest for their horns. “The wildlife was brutally targeted for flesh and illegal trade,” Lahkar recalls. “The hunters who supplied food to the insurgents also killed the animals. Slowly, the entire flora and fauna of the park was wiped off… the forest department became completely inactive, running its office from Barpeta Road, which is around 20 kilometres from Manas. There was nobody inside for the protection of animals.” The area remains volatile, but the situation started improving after 2003, when the Bodoland Territorial Council Accord was signed between the government of India and insurgent groups. This included a new semi-autonomous administrative region, governed by the BTC. Move to protect wildlife Forest department officials and guards moved back once the BTC was formed. Amal Chandra Sarmah, field director of Manas National Park, tells The Third Pole: “The situation was horrible as forest camps had been attacked, arms snatched and 14 forest staff killed [during the insurgency period]. Conservation efforts began with the revamping of infrastructure and engaging the local communities to ensure the protection of the forest.” Recounting the revival process, Sarmah says: “In 2008, a rhino was translocated from Pobitora Wildlife Sanctuary in Assam. There were around 70 rhinos in the park prior to 1989 but all were killed during the insurgency. Apart from rhinos, our major concern was also tigers that were not visible in the reserve. Luckily, we spotted one tiger on camera traps in 2005-06. It gave us confidence and we began sustained efforts of monitoring and surveillance. Prey [animals] were increased for the tigers. Some [former] hunters were recruited as service providers for the protection of the forest.” A major breakthrough was the establishment of the Transboundary Manas Conservation Area between India and Bhutan in 2011. It aimed to jointly develop and manage the forest, and allowed the two countries to coordinate their efforts.

Then there are Jatin Gayary and his 134 colleagues, the service providers recruited by the BTC, who still risk their lives to take on poachers. “We encountered poachers numerous times inside the forest and even fought with them,” Gayary says. “We helped the forest department to arrest several poachers and also seize their weapons.”

The forest recovered. Camera traps reveal that the population of tigers – a keystone species that reflects the health of the entire ecosystem – rose to 11 in 2011, 15 in 2015, 30 in 2020, and 48 this year. Tigers in Manas have been counted since 2010 through annual camera-trap surveys by the Assam Forest Department with Aaranyak and WWF India.

Assam has around 200 tigers now, with Manas holding second place – after Kaziranga National Park – for hosting the most tigers in the state. According to the forest department, apart from tigers Manas now has 47 rhinos, over 1,000 wild elephants, and populations of 22 endangered species including pygmy hogs, clouded leopards, Assam roofed turtle, hispid hare, golden langur and Bengal florican. The forest is also famous for its populations of swamp deer, wild water buffalo, Asiatic wild dogs (or dhole), leopards and black-necked crane. Forest revival boosts adaptation to climate change The revival of this large forest tract in India and Bhutan has helped recharge groundwater in the entire area and has enabled rivers and streams to flow throughout the year, including the driest months before the annual monsoon in South Asia. Climate change has made monsoon rainfall more uncertain, leading to droughts and floods. In this situation, having a perennial water supply has been a boon to farmers, helping them as they adapt. Residents of adjacent villages in Bhutan and India have helped this process by developing joint irrigation and flood warning systems at the local level, without such transboundary cooperation having to go through the capitals and bureaucracies of the two countries. Non-profits play big role in conservation Aaranyak also has a project to reduce the dependence of local residents on the forest. Firoz Ahmed, a wildlife biologist at Aaranyak, tells The Third Pole: “In 2016, we started working with around 1,400 households living close to the forest. We trained them in agriculture, organic dye-making, weaving and other skills. We also distributed livestock among them. The aim was to offer them alternative livelihoods to ensure they refrain from visiting the forest regularly.” In many forests in South Asia, poaching rose during the lockdowns forced by the Covid-19 pandemic. But Manas benefited from a lack of noise and disturbance that is an intrinsic part of tourism. “We have witnessed a jump in the tiger population and other animals during Covid as the park has been closed [to tourists]. Besides, we have also done habitat and grassland management in 262 hectares within the park,” says Deba Kumar Dutta, landscape coordinator at WWF India. The two contiguous protected areas in Bhutan and India jointly won the Global Tiger Conservation Excellence award last year, followed by the IUCN-WCPA’s International Ranger award. Boosting tourism the new aim Too much silence can be unwelcome, and with pandemic restrictions easing – at least for now – the forest department is trying to promote tourism. World Elephant Day on 12 August, was celebrated with the 48 domesticated elephants that patrol the park being given fruit baskets after a health check-up and a bath.

“We organised the event for the first time in Manas after witnessing a similar programme at Dudhwa National Park in Uttar Pradesh two years ago,” said KK Sarma, a senior veterinarian popularly known as the elephant doctor of India. “Such events will not only help bring the focus back to Manas that suffered badly during the insurgency but will also help promote tourism and wildlife.” Additional reporting by Joydeep Gupta Story Credit: The Third Pole. Originally Publihsed Here